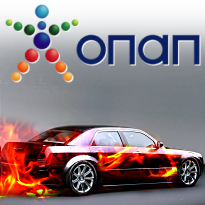 Shares in betting exchange Betfair have stabilized following a steep 37p (5%) drop on Monday, the first day of trading following the decision by politicians in Cyprus to approve gambling legislation explicitly banning betting exchanges. The Cyprus bill prompted analysts at Nomura to downgrade forecasts for Betfair and reduce its target price from 1,070p to 946p, although Nomura maintains its ‘buy’ recommendation. Betfair closed out Wednesday’s trading at 755.7p.

Meanwhile, the carnage that preceded the Cyprus vote continues, albeit in a more narrowly targeted manner. In the weeks leading up to the vote, betting shops operated by Greek outfit OPAP were subjected to a rash of arsons and drive-by shootings. Chief among the suspects were operators of non-OPAP shops, who will be required to cease offering internet-enabled gambling games while OPAP’s keno and lottery games get a pass under the new legislation. Police were out in force guarding each OPAP shop as the vote was passed, but the arsonists adjusted their tactics, targeting the home of Sotiris Mesaritis, the director of OPAP’s Cyprus operations. The Famagusta Gazette reports that the fire brigade had to be called out to Mesaritis’ home to extinguish a fire that engulfed two vehicles parked outside, including one cited as “a luxury car in the €100k price bracket.”

As Cyprus burns, police chief Michalis Papageorgiou told the Cyprus Mail that he was underwhelmed by the legislation, saying it lacked “firepower” (unfortunate choice of words, dude) and that police had “expected much more” in terms of enforcement measures. Even the limited powers granted under the legislation can’t be utilized until the Cyprus cabinet establishes the seven-member national committee for betting, so for the moment Papageorgio is left considering “what practical steps” can be taken. Meanwhile, the more practical OPAP execs are busy renegotiating their vehicle insurance rates.