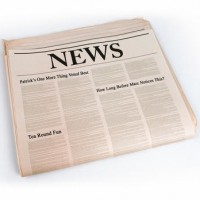 Swedish game developer Net Entertainment has seen another quarter of record sales as revenues rose for both the final quarter of 2012 and full year. The results released earlier today show that Q4 Revenues rose 19.5 percent to SEK 144.7million with revenue for the entire year up an even more impressive 23.2 percent to SEK 526.7m. For the full year that translated into operating profit of SEK 153.1m – a rise from SEK 129.7m in 2011. Unfortunately the fourth quarter saw a drop in operating profit to SEK 37.2m from SEK 42.2m

Commenting on that aspect, NetEnt President and CEO Per Eriksson added: “The operating margin was lower in the fourth quarter compared to previous quarters. This a result of the significant initiatives the Company is making within the organization, within new products and markets. In addition, several initiatives are still in the early stages, such as Live Casino and the UK entry.”

Eriksson confirmed that 2013 will see them very much focusing on the UK market and commented: “Sales activities will continue to be focused towards operators in the UK but also towards existing customers for mobile games and Live Casino.”

The firm has also increased its share of the Europe-wide market so that it now has 27 percent where it originally only had 22 percent. It hopes this figures grows in 2013 and the UK market is one of the main places that NetEnt hopes to see its growth.

Affiliate marketing firm Income Access has signed another deal this time with London binary-trading platform OneTwoTrade. The deal will see it integrate itself into the Income Access Network that is home to over 22,000 affiliates and help them to expand their reach and build on their trading services. OneTwoTrade’s commission structure will be £70 CPA with a 5 percent revenue share on re-deposited amount and 0.5 percent for traded amounts.

Maltese-licensed Goldbet has revealed a new live dealer casino offering in conjunction with Medialivecasino. The latter replaces Evolution Gaming as the company’s live dealer provider and commenting on the deal was Goldbet’s chief commercial officer, who said: “We selected Medialive because we believe that they provide a quality product that will appeal to our customers and give them even more choice than they enjoy now.”