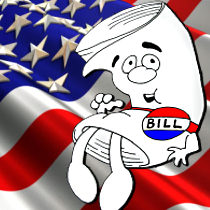 The year is but one month old and the great US of A intrastate online gambling legislative race is in full swing. We’ve already seen Mississippi and Massachusetts put their best feet forward, but several other states are keen to make up lost ground. That said, much of the following will seem like déjà vu all over again…

PENNSYLVANIA REDEFINES ‘REASONABLE’, PIMPS FOR POOLS
Pennsylvania state Rep. Tina Davis (D) has issued a one-page memorandum detailing her plans to introduce legislation “soon” to amend Pennsylvania’s Gaming Act “to establish guidelines and regulations for internet gaming in Pennsylvania.” It’s unclear just how long Davis has had this pie cooling on the windowsill, as it refers to Senate Majority Leader Harry Reid’s plans to push a federal poker bill in the “upcoming” lame duck session of Congress. Frankly, not a good start.

Davis promises to establish “a reasonable tax rate that takes into account overhead and cost of operation for the casinos.” It’s worth noting that Pennsylvania taxes its brick & mortar casinos at a higher rate than any other state (55% v. Nevada’s 6.75%) so Davis’ definition of ‘reasonable’ might not match yours. Case in point: Davis plans to “set the license application fee at $16.7m,” which could prove sufficient to scuttle this ship before it ever sets sail.

On a far more reasonable note, Pennsylvania state Senator Lisa Boscola (D) is reintroducing legislation she put forward last March that would legalize small-scale sports betting pools. To qualify, the pools couldn’t have more than 100 participants, the entry amount couldn’t be over $20, the pool members would have to share some “established social, professional or familial relationship” and all proceeds would have to go to the participants or a “bona fide” charity. (Sorry, dude, but the Bill Beatty Beer Bong Society doesn’t qualify.) Boscola said her bill “merely recognizes a harmless commonplace social activity.”

ALOHA, HAWAII!
Hawaii’s House of Representatives introduced online gambling legislation last January, but it died just a couple months later of severe neglect and disinterest. This year, it’s the state Senate’s turn to attempt to end Hawaii’s shameful status as one of only two states in the union (besides Utah) not to permit gambling of any kind. Senate Bill 768 (read it here) is a carbon copy of 2012’s HB 2422, calling for the establishment of a state internet lottery and gaming corporation that would select one service provider to operate the online gambling site. The site would offer “games of chance and games of skill,” including lottery, poker and casino games, but sports betting is off limits. Interstate compacts would be permitted and the lottery corp. could run two “land-based gambling entertainment events” per year to attract tourists

In exchange for operating the site, the provider would receive an undetermined percentage of the proceeds, but this provider can’t have had any dealings with US customers prior to Sept. 20, 2011 (the date on which the Department of Justice issued its famous Wire Act rethink). There is an exception to this edict, naturally, to permit US operators who took online wagers under the Interstate Horseracing Act (you know, the protectionist legislation over which the World Trade Organization has repeatedly rapped America’s knuckles). Any other operator who dares to serve Hawaiian gamblers shall be shot. Okay, maybe not shot, but bad things will happen.

IOWA’S DANIELSON TRIES AGAIN
In another case of an online gambling bill rising from the grave. Iowa state Senator Jeff Danielson has reintroduced the online poker legislation he first filed way back in 2011. Technically, 2013’s SSB 1068 (read it here) is a ‘study bill,’ which merely seeks to establish requirements for how the state might issue intrastate online poker licenses if they had no other choice. (You know, like a ‘if I had a gun or sharpened ear of corn to my head’ type-thing.) Danielson managed to get the 2012 version approved in the Senate but the reliably cranky Republicans in the House of Representatives played their “I’m agin’ it” card.

Anyway, the bill would permit only the state’s existing gaming license holders (land-based or riverboat casinos, racetracks) to offer online poker. Licenses would be good for three years, and licensees would pay a hefty 22% tax on cash game rake and tourney fees, rising to 24% if combined land-based and online adjusted gross revenue tops $3m in any given month. The bill allows for interstate compacts and perhaps international ones, as “an internet wager may be placed from any location within this state or from any other location where authorized by law.” Service providers could not have “accepted or assisted in the acceptance of any wagers … in violation of the laws of any jurisdiction where the service provider has operated.” So no strict timeline for ‘bad actors,’ just a vague warning that they’ll decide for themselves whether or not you’ve broken any laws.

Anyway, see you again this time next year!