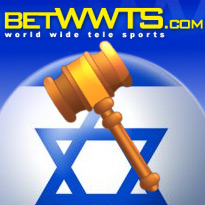 William Paul Scott, who pled guilty in September to violating the US Wire Act and money laundering charges in connection with his role in operating Antigua-based World Wide Tele-Sports (WWTS), was sentenced to three years probation on Friday. Scott was also fined $125k, in addition to the civil forfeiture of $6,786,934.65 from US bank accounts that prosecutors alleged held the proceeds of WWTS’ illegal activities. Though that nearly $7m was seized almost a decade ago, the official consent order of forfeiture wasn’t finalized until this December.

Scott was a pioneer of the online sports betting industry in Antigua. In addition to founding BetWWTS, Scott was an early investor in online casino software outfit Cryptologic (since acquired by Amaya Gaming). Scott was also an early supporter of Antigua’s World Trade Organization fight with the US over the online gaming issue. Scott has told acquaintances that he now regrets returning to the US in September to settle his charges, not only because both his physical and emotional health was much better in the Caribbean, but because the Antigua v. US fight appears to be headed for a resolution in 2013, leaving open the possibility that Scott might have seen his charges dismissed.

As if to underscore the country’s newfound commitment to combating online gambling, a court in Israel has sentenced online sportsbook operator Avraham Shauli to 27-months in prison and fined him NIS 300k (US $80.5k). Shauli’s site, which he operated from 2007-2009, utilized a network of couriers to move “millions of shekels” between the site and bettors across Israel. The Jerusalem Post reported that Shauli’s sentence was the result of a plea bargain, which makes one wonder what length of prison stint the State Attorney’s Office had given as their opening bid. The Rishon Lezion Magistrate’s Court sentencing opinion noted that there was “no doubt” the agreed upon term was “a heavy imprisonment sentence,” but the length was “consistent with the requirement from the Supreme Court to impose harsher sentences and punishments with significant jail time on crimes of this kind.”

New Israel-UAE accord worth “hundreds of millions” of dollars in trade
Erik Gibbs
17 August 2020
.