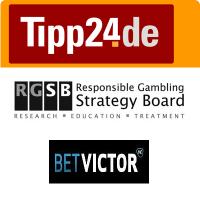 German-based Tipp24 has paid big to acquire a major stake in the developer of the fledgling GeoSweep lottery game. The firm handed over £10 million to get a 25.7 percent stake in the company that offers a lottery based on Google Maps. James Oakes, from Roboreus, stated they are “committed to injecting technological innovation into the lottery industry” before adding: “Customers increasingly expect leading-edge interactivity and high quality in the games that they play. Having Tipp24 on board will help support us in achieving our goal of revolutionising the lottery industry with our games.” GeoSweep has failed to achieve a lot of success in its home market of the UK so far and its most lucrative deals have been in the US with the Multi-State Lottery Association (MUSL) and The Atlantic Lottery. There is hope the deal with Tipp24 will open it up to new jurisdiction across Europe.

The Responsible Gambling Strategy Board (RGSB) has kicked off the New Year in style by naming a new chairperson. Sir Christopher Kelly will take on the role from Apr. 1 after Sir Brian Pomeroy had been in charge on an interim basis. The group regularly advises the UK’s Gambling Commission and works with the Department for Culture, Media and Sport (DCMS) on the national responsible gambling strategy.

BetVictor has finally launched an iPhone app that has been 15 months in the making. The app, developed in-house, offers live betting, a casino product and real-time prices. This is as well as horserace streaming and the promise of an iPad version to be released in the first quarter of 2013 and it may see BetVictor take advantage of some of the native features the iPad has to offer.