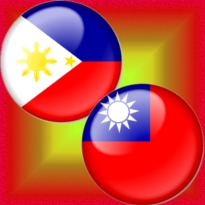 Cristino Naguiat Jr., head of the Philippine Amusement and Gaming Corporation (PAGCOR), was in Buenos Aires, Argentina earlier this month to address the Ey!12 gambling conference running alongside the South American Gaming Suppliers Expo (SAGSE). Referring to the Entertainment City resort casino mega-complex currently under construction in Manila Bay, Naguiat claimed it was not intended as a challenge to other regional gaming enclaves like Macau and Singapore. Naguiat told Yogonet the “huge” Asian market meant the region’s gaming zones “complement each other” more than they compete for customers. That said, Naguiat said the Philippines had “much more to offer” than some of the other zones, such as “historical places, beautiful beaches, a strategic location … gaming is just a small part” of Entertainment City’s appeal.

Indeed, operators are reportedly already sniffing around Entertainment City in case the ongoing bribery investigation surrounding Kazuo Okada results in the suspension of Universal Entertainment’s gaming license. Amado Bagatsing, the chairman of the House of Representatives Committee on Games and Amusement, told reporters this week that there was a “long line” of interested investors waiting to see if Universal’s license goes back on the auction block. Bagatsing declined to name names but claims there are at least four foreign firms that have expressed interest in the license. Nonetheless, Bagatsing challenged Okada to “show your goodwill” by depositing the rest of the money needed to finish the construction of Universal’s Entertainment City project. “If those were mere allegations, then I think [Okada] should proceed.”

It’s a good thing Taiwan’s Lienchang County government is taking its time developing its Matsu Island casino proposal, because the central government now says it won’t get around to passing the necessary casino legislation until June 2013 at the earliest. After that, Taiwan’s Central News Agency estimated the government could take another full year to consider applications and award a casino contract, then another three years to actually build the thing, meaning we could be well into 2017 by the time cards are in the air.

In the meantime, the anti-gambling forces in the Matsu region still haven’t gotten over losing the casino referendum this summer. They’ve now turned their rage against the region’s ‘Matsu Gambling Tourism Year One’ campaign, which includes plans to host a major mahjong competition starting in January with a grand prize of NT$1.5m (US $51.5k). Anti-Gambling Alliance members picketed the Lienchang County government’s announcement of the tournament, expressing their belief that since the central government hasn’t yet passed the casino laws, the tournament will be an illegal activity. Focus News Taiwan quoted lead zealot Ho Tsung-hsun saying casinos were “hazardous to human hearts and destructive to families.” Presumably, Ho believes democracy is equally hazardous, because he clearly hasn’t accepted the fact that this is something the majority of Matsu residents want.