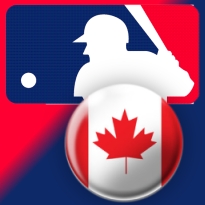 Imagine one of those old western movies in which the white-hatted hero remarks that things are “quiet. Too quiet.” That’s how you might have described the remarkably unimpeded legislative progress of C-290, the single-game sports betting bill introduced into the Canadian parliament by Joe Comartin, the NDP MP for Windsor, Ontario. The private members bill passed the House of Commons in March with nary a peep of protest. The bill then moved to the Senate, where it passed two of three necessary readings, the last of these in May. And throughout it all, unlike the vocal protests of the major sports leagues over New Jersey’s single-game sports betting bid, nary a discouraging word was heard north of the border.

Until now. On Wednesday, as the Standing Senate Committee on Legal and Constitutional Affairs was holding its third meeting on the bill in the past week, a tag-team of top Major League Baseball officials – Toronto Blue Jays president Paul Beeston and MLB’s senior VP and general counsel Thomas Ostertag – testified as to their unease with the plan. The Globe and Mail quoted Beeston saying legal sports betting “would increase the chances that persons gambling on games will attempt to influence the outcome of those games. High rollers have high incentive to induce players to fix games or to shave runs or points.”

Like his counterparts south of the 49th parallel, Beeston said the game’s “integrity would be open to question, play by play, day after day.” Beeston even brought up the 1919 World Series, for fuck’s sake, ignoring the fact that betting on MLB games is going on as we speak, around the globe, with or without his blessing. Beeston warned that legislation which “redefined” the “moral status” of single-game sports betting would mean “many new gamblers will be created, some of whom inevitably will gamble more frequently and with higher stakes and more serious consequences.”

Okay, except that studies conducted by the Harvard Medical School and the province of British Columbia have shown increasing gambling options doesn’t create more gamblers. What’s more, the percentage of pathological gamblers Beeston describes above represents less than 1% of those who bet. Meanwhile, American Academy of Pediatrics statistics state that between 2-8% of kids are injured playing baseball every year, generating 162k annual trips to emergency rooms, and four kids per year DIE playing baseball. So now who’s thinking of the children?

At one of last week’s meetings, Michael Chong, a Tory MP for Wellington-Halton Hills, Ontario, expressed his own opposition to the Committee. Appearing alongside some Ontario Provincial Police officials and one of those self-appointed Jesus Loves Families & Children And Hates Homosexuals & Gambling advocates, Chong claimed that representatives of the National Hockey League had approached him about appearing before the Committee to express their opposition to C-290. (Et tu, NHL?) In December, NHL VP Bill Daly said the League was “not in favor” of single-game sports betting, but the League’s complete and utter silence since then had led some to hope that they’d embraced reality. Apparently not. More likely, the New Jersey legal fight had suddenly laid bare the leagues’ hypocrisy for not mounting a more vocal ‘no’ campaign north of the border, and marching orders were duly dispatched.

How much credibility the Committee members will place on the MLB’ers OTT testimony remains to be seen. There are no more meetings scheduled on the Committee’s calendar, and no date has been set for a Third Reading in the full Senate.