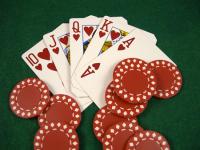 Gala Coral’s poker product has moved from the Ongame Network to the iPoker Network. The move was one that has been in the offing since Coral Poker’s parent signed a 10-year deal with iPoker parent Playtech and customers need not worry as the firm confirmed that incentive points will remain intact; “We have converted points on the old software for a cash equivalent amount. Download the new client now to collect your bonus. If you haven’t played with us for a while but had points available please contact us and we will be happy to convert them for a cash equivalent”.

Mohegan Sun and Bally have reached an agreement to start allowing customers to access free play poker via two sites. The sites, which will be based on the Mohegan Sun brand, will give them a customer-base to build from ahead of any gambling regulation. Mitchell Etess, chief executive officer of the Mohegan Tribal Gaming Authority, said. “We’re going to have a free-play poker site up and running by the end of the year. We’ll be in a good position to go live with video poker if it becomes legal.

“It’s more about when and how than if. We want to be prepared.”

3G Studios is hoping to offer online poker as early as this spring so long as their licence application in Nevada is approved. 3G CEO James Kosta’s latest media appointment was with 4Flush who he told of his plans and what they’re aiming to do if awarded an online poker licence. “What we are looking forward to is two, three, or four years from now at a federal level, you’ll be able to start gambling on casual games and arcade games with your friends,” Kosta said.