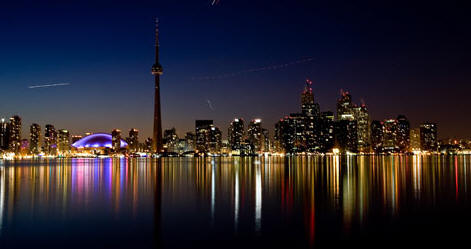 Toronto Mayor Rob Ford sees the benefits of having a casino built in the metropolitan city, although if he would have his way, he’d prefer it to be built on land owned by the city.

Talking to reporters late last week, Ford voiced his support on putting up a casino in Toronto, saying that the property could become a financial boon, especially if the land from there the casino will rise will be owned by the city itself. In saying that, though, Ford also said that he’s not totally shutting down the idea of the casino being built in private land. “We can make more money when we own the property, obviously,” Ford said.

“But if someone can come up on private land with the same amount, then I’ll entertain that as well.”

One developer, Oxford Properties Group, has already announced its planned proposal to build a megastatic $3-billion project on a land it owns at the heart of the bustling city. As part of their proposal, OPG is looking at building a hotel, an urban theme park, a casino, and retail establishments, all of which, it promises, will infuse vibrancy, activity, and employment opportunities to the city.

In a statement released last week Oxford Properties president and CEO Blake Hutchson was unabashed in his belief that his company would make for a great establishment in the city. “If the decision is made to have a casino in the City of Toronto, Oxford believes it can provide the best location and the ideal solution for all stakeholders,” he said, before adding that the entire project “is a well-conceived private sector solution” that would require no public infrastructure.

But for all the apparent optimism from those in favor of building a casino in the bustling Canadian city, an equally strong continent on the other side of the fence have also made their voices heard. One, in particular, is the group No Casino Toronto, whose co-founder, Maureen Lynett, has gone on record saying that a casino would have a “negative impact on society”.

Understandably, their opinions have gained some support from various sectors. But the support for building a casino in Toronto is growing more and more and we certainly wouldn’t be surprised if the public report scheduled to be released in November analyzing the pros and cons of the city casino will get some strong reactions from both sides.

What has become apparently clear, though, is Toronto Mayor Rob Ford’s take on the matter, words that ought to ring music to the ears of those supporting the move to build a casino in the heart of the city.

“If it benefits the taxpayers, if we can make money, and it creates good paying jobs then I’m in favor of it.”