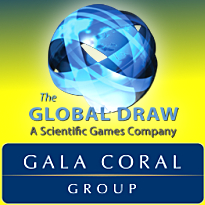 UK bookmaker Gala Coral doesn’t have to go looking for a new supplier of server-based gaming terminals after extending its agreement with The Global Draw, the subsidiary of Scientific Games Corp. Having already been joined at the hip for 15 years, the new deal prolongs that marriage through 2017 and ensures Coral’s 1,744 betting shops will continue to reap the benefits of Global Draw’s gaming machines, including the new Infinity2 terminals, which Coral has the honor of unveiling to the UK public for the very first time.

It’s no secret how much fixed odds betting terminals (FOBTs) contribute to the average high street bookie’s bottom line. It’s also no secret that anti-gambling types have zeroed in on them as the latest Thing That’s Destroying Britain, as evidenced by last month’s Channel 4 drive-by and the constant ‘won’t someone think of the children who aren’t actually old enough to play the machines’ drone from the various incarnations of the Daily Mail. Over the weekend, the Mail’s financial appendage This Is Money reported that the Responsible Gambling Trust (RGT) has been suitably provoked into conducting a study to determine whether the machines pass a ‘crack cocaine test’.

The move echoes Gambling Commission chairman Philip Graf’s call last month for more research into the FOBTs. According to RGT CEO Marc Etches, there is “a dearth of evidence at the moment” regarding the Category B machines, and the RGT is “committed to filling that gap.” The study, which the Mail on Sunday says will get underway early in 2013, “will require the cooperation of the industry while being completely independent of it to make it meaningful and credible.”

Negotiations are reportedly underway with the gambling companies – from which the RGT gets its funding, although the relationship is arms-length – over precisely what data will be provided for the purposes of the study. The Association of British Bookmakers’ CEO Dirk Vennis wanted to make it clear that there was “no empirical evidence that B2 machines [which allow wagers up to £100] cause problem gambling. To the contrary, they are a popular product enjoyed by millions of people across the country and B2 machines have been located in betting shops for ten years without any discernible increase in problem gambling levels. But we would welcome independent research that will deal, once and for all, with some of the myths and more outrageous claims.”