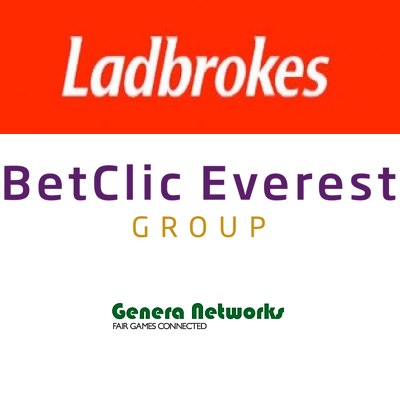 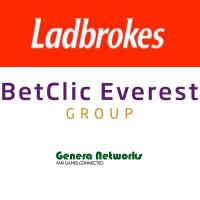 Ladbrokes have confirmed that Andy Wright has been appointed as their new trading director. Wright joins after little over a year at BetClic Everest where, prior to becoming sportsbook director last August, he held a similar role as the company’s group trading director. He has a background in trading that stretches back to the late 90s and will report directly to chief executive Richard Glynn. He replaces former head of trading Jon Thompson, who was suspended earlier this year. Joining Wright will be old friend and Oddschecker founder Tony Robinson. The two have worked together in the past and Robinson has even had his own role created for him – trading strategy director. The two will work closely together on all matters trading with the aim to overhaul William Hill’s undoubted ‘Indian sign’ over them.

Betclic Everest is looking to procure licences in both Spain and Germany with the hope they can also return to a positive EBITDA by the end of the financial year at the same time. iGaming France report that chief executive Ignacio Martos told the assembled press: “The future is in regulated markets… we will focus on continental Europe”. This was before he added: “The last few months have been all about finding the right balance between technical investments and operating in an efficient manner. We have managed to do that and will be strengthening our brands in all regulated markets.”

Swedish gambling firm Kombispel have launched a new bingo offering with Genera bingo. Kombispel are the first company to launch with the new Genera Networks BingoFair platform – which is powered by Microgaming. The site, hosted at www.kombispel.se will host side games, interactive lotteries and online scratch cards, in addition to the aforementioned bingo.