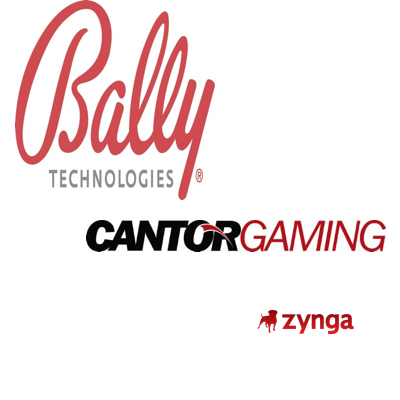 Bally Technologies will provide American Casino & Entertainment Properties with a bespoke iGaming platform for its Vegas properties. ACEP was licenced as an operator by the Nevada Gaming Commission just days ago and will offer the platform at the Stratosphere Casino, Aquarius Casino and their two Arizona Charlie venues.  The firm’s CEO Frank Riolo explained that the deal would allow them to start offering a “play-for-free poker site” by the end of the year which then allows them to launch a real money site when permitted to do so. Bally on the other hand are excited to be involved with ACEP as they’re in “one of the only approved and regulated markets within the US”, and we don’t have to tell you how much certain iGaming firms just can’t get enough of the Stars and Stripes.

Zynga has signed a deal with MDI Entertainment that will allow them to licence their brands to lottery games. The terms of the deal means some of their best known brands, such as Farmville, Zynga Poker, Words with Friends, and many more, will be used by the Scientific Games subsidiary, according to eGR. The multi-year deal continues their efforts to try and move away from an over-reliance on social gaming with this likely to give them a new revenue stream to take some of the pressure off.

Cantor Gaming has upped the ante in the Nevada sportsbook stakes with an agreement with RoadRunner Saloons. The deal allows saloon visitors to open Cantor accounts at the two Corrigan Management run venues in Vegas as well as deposit/withdraw funds and make wagers. By opening an account it will give customers the chance to bet using Cantor Gaming’s mobile app or website throughout Nevada and mean they’re never far from their own personal sports betting kiosk.