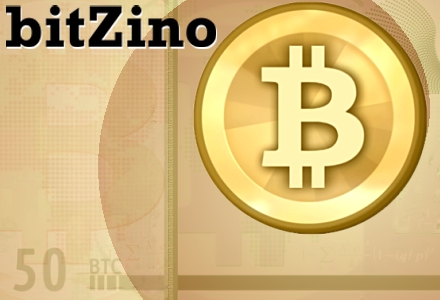 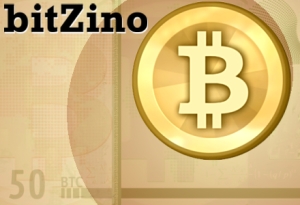 bitZino.com, an online casino that transacts exclusively using the bitcoin virtual currency, has just added roulette to its list of gaming options. The site, which launched as a blackjack-only offering in June, added video poker in July and owner/lead developer Larry Taad told Forbes’ Jon Matonis last week that “multi-player games will be offered in the future.”

Presently, bitZino’s primary selling point remains its “Provably Fair” games, which incorporate an algorithm that allows users to verify (after the fact) how a deck was shuffled (before the cards were dealt), preventing the casino from any alteration in the order of cards that benefits them at the player’s expense. Taad believes this process eliminates the need for third-party auditing and certifying bodies by empowering the individual player to check under the hood at the first hint of suspicion that someone’s been dealing from the bottom of the deck. (While we could restate the specifics of bitZino’s cryptographic efforts, this isn’t a geek site, and Taad has laid bare the formula in excruciating detail via this blog post.)

While bitZino might be breaking ground with its ‘look ma, no (cheating) hands’ openness, it’s far from the first bitcoin gaming site out there. While some, like SwitchPoker, include bitcoin as an option alongside more traditional methods of payment, a growing number only accept bitcoin (an up-to-date list of such sites, with reviews, can be found here). Some of these bitcoin-only sites are threadbare affairs set up by bitcoin fanboys out to demonstrate the practicality of the virtual currency. Others, like Panama-incorporated BC-Casino.com, are as slick as any of the public gaming sites out there, with a wide selection of games, including Marvel-branded product (which suggests a Playtech link, although there’s nary a Playtech logo in sight). There are also dedicated poker sites like StrikeSapphire.com and SealsWithClubs.eu, sports betting sites like BtcSportsBet.com, prediction markets, online lotteries, the works.

BITCOIN PROS AND .COM CONS
Interestingly, many of these sites require their users to jump through far fewer registration hoops than their non-bitcoin brethren. Because bitcoin transactions bypass traditional financial institutions, there’s less need for operators to collect reams of data from players. Indeed, many of the sites take undisguised pride in the fact that they require little more than a user name and an email address before letting a player wager. But pride goeth before a fall, as they say, and this open approach makes these sites easy marks for critics to claim they aren’t doing enough to ensure (for example) that underage gamblers aren’t accessing the games.

This adherence to anonymity may have more concrete consequences. While some bitcoin gaming sites spell out in detail that they don’t accept players from certain countries, others don’t appear to care where a gambler might be located. That could bring them to the attention of US law enforcement, particularly those sites with .com domains. While the feds may not be able to choke off the flow of money to and from bitcoin sites as easily as they did with sites that utilize the traditional banking system, no site that operates a .com domain is invulnerable to the whims of US-based domain registrars.

BUT WILL IT PLAY IN PEORIA?
Even those sites that shun the .com suffix face an uphill climb. In spite of – or because of – bitcoin’s innovative properties, it remains a fringe option for the vast majority of consumers. As such, attracting a significant user base to a bitcoin-only site presents a challenge, particularly for the poker sites. SealsWithClubs, for example, averages just 70 players at any given time (although that ranks it about par with the underperforming poker room of PlayNow.com, the British Columbia Lottery Corp’s online site).

It’s worth noting that the April 2012 launch of gaming site SatoshiDice.com was sufficient to boost the total number of daily bitcoin transactions nearly five-fold. An impressive feat, but it speaks less about the site’s popularity and more about the relatively paltry overall number of bitcoin transactions being conducted. There’s no doubt that going forward, virtual currencies such as bitcoin will play an increasingly larger role in both the online gambling world and in the overall online economy, but for the moment, it’s still not quite ready for prime time. All the more reason, perhaps, to fear some pre-emptive move to kill this baby in the womb by nervous US authorities, who, as the printers of the world’s reserve currency, have the most to lose from bitcoin’s rise.