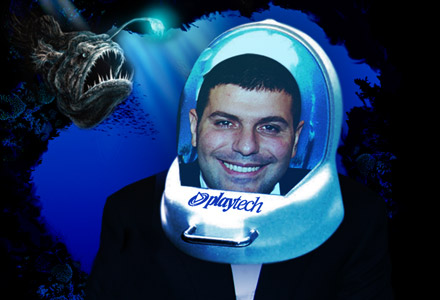 Teddy Sagi is looking to cash in once again with a float on London’s Alternative Investment Market (AIM). This time it won’t be in the online gambling realm but rather in gas exploration. Sagi owns 40% of Middle Eastern gas explorer Genesis Energy LTD, owns 42.5% of the offshore Pelagic licenses for drilling in the deep waters off Cyprus.

Genesis will have exploratory meetings this week with Canaccord Genuity who Genesis Energy has tasked to handle the IPO. The group is looking to raise the £80 million to cover the costs of an exploration mission to take advantage of the licences owned by the group.

While there’s no guarantee the group will go ahead with the IPO, as things have been rocky for new IPOs on the AIM this year. As pointed out in the Financial Times, Alufer Mining called off plans for their AIM launch after the prospects looked grim to reach their target and Chinese company Rare Earths Global was looking for $50 million but only salvaged $10 million on their initial floatation.

Of course, Sagi has a way of making things go his way. I wouldn’t be surprised if Genesis Energy LTD raised the £80 million they were after and then the stock tanks. Of course, Sagi would still make his money but the investors would take the brunt of the losses.

Sagi has a long history of questionable deals and it will be interesting to see how he works this energy deal to his advantage.

Sagi’s history of questionable deal’s kept Playtech off London’s main stock exchange until just this year. It’s a question of trust as CalvinAyre.com business writer Mike O’Donnell put it back in April. He laid out several questionable Teddy Sagi deals. Sagi’s attempt to have Playtech purchase, at the time, unnamed social gaming companies for about £80million and then have those companies purchase a high price London office (owned by Sagi) for £10.5 million. If not for a brief investor revolt, Sagiwould have an extra £90.5 Million in his pocket of Playtech investors’ money. The Playtech stocks dropped 9.7% after the deals were announced, the mini investor revolt forced Sagi to rework the deal to a more reasonable £6m licensing deal with a £750,000 rental agreement for the office space.

Of course this wasn’t the first time Sagi tried to make Playtech’s cash his own. It’s probably the first time he wasn’t successful in his bilking of investors. How much money has Sagi siphoned from investors? Some estimates say Sagi’s fancy deals have taken £500 million from the pockets of the Playtech investors and dropped it directly into Sagi’s own.

Also in April, the Las Vegas Review Journal suggested that William Hill’s delay in approval by the Nevada regulators could have been a result of William Hill’s involvement with Sagi’s Playtech. The regulators needed to have a closer look at Sagi’s history. They don’t look kindly on convicted felons, Sagi was convicted on fraud and bribery in Israel back 1996, for which he received a 9-month stint in the slammer. Thankfully, for William Hill they gained approval despite their involvement with Playtech.

But, though we must admit that we do not think much of Mr Sagi as a person, a sentiment shared by all we have talked to that are doing or have done business with him to date, we cannot leave a discussion about Sagi without complimenting him on one of the gaming industry’s most audacious magic acts. Sagi is promoting the stock of Playtech on the basis of it being a white market online gaming technology services provider when in reality it is a black market gaming operator. Here is a little game for all you industry analyst sorts out there. Get Playtech audited reports and get all the income from all the white hat markets that are disclosed. Add all of this up and then subtract from the total revenues. We believe the remainder is the revenues from operating clandestine websites and kiosks in black markets, possibly even the US, though we have no evidence of this, but it is in the correct profile. We do know Playtech is doing joint ventures with their technology in illegal underground kiosk deals in Muslim countries in south east Asia and historically with Pachikco operators in Japan. We would love a real deep dive under the hood at Playtech to see the entire ball of twine that has to exist there. While we personally think that everyone should be able to gamble and that market forces should be the ones that determine the winners and losers not over bearing governments, we have a bit of a problem with lying and hypocrisy. The legality of this we will leave to others.

This gas exploration deal has potential to be another huge win for Sagi and he shouldn’t worry, if he doesn’t raise the cash through his IPO, he can always sell the company to Playtech for millions. “Playtech Oil and Gas and Underground Kiosks and Black Market Websites” has a nice ring to it.