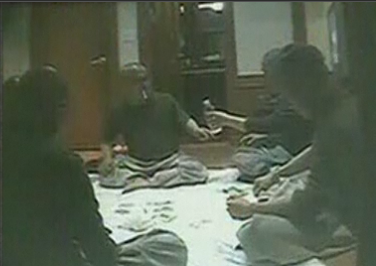 There are so many things about South Korea that many countries are undoubtedly jealous of. For starters, they have the most sophisticated IT infrastructure in the world. Guess where those Samsung smart phones and those LG HDTVs come from? The country also boasts the world’s highest estimated national IQ, placing 1st in Reading, 1st in Math, and 3rdScience in the world education rankings study that was done by the Organisation for Economic Co-operation and Development (OECD).

Heck, South Korea is also home to the third largest steel producer (POSCO) in the world, two of the most popular automakers (Kia and Hyundai) in the world today, and is without question,  a great online gaming market that underscores another one of its reputations as being one of the prime places in the world to produce gaming technology.

All that being said, not everything in South Korea appears to exudes positive vibes, particularly in the case of the two Buddhist monks that were videotaped a few months ago for participating in the kind of drinking and gambling session that’s apparently frowned upon in Buddhism. For getting caught living the “gamblin’, drinkin’, and carryin’ on” mantra to the full hilt, the two monks from the Jogye Order, the country’s largest Buddhist order, were fined by the Seoul Central District Court amounting to two million won (slightly under $2,000) each.

The elephant in this room is South Korea’s existing laws on gambling, which we think reek of baloney. Their vows notwithstanding, these monks participated in a marathon gambling session that, quite frankly, we don’t see anything wrong with. If anything, they should be applauded for having the stamina and the wherewithal to last that long without losing their wits. As far as we’re concerned, they didn’t do anything wrong and shouldn’t be punished or reprimanded for something that a lot of South Koreans are probably doing themselves in the confines of their own homes without having to answer to the ridiculous anti-gambling laws of the country.

We admittedly – and whole-heartedly – support the “gamblin’, drinkin’, and carryin’ on” mantra so we don’t see any problem if somebody wants to do one of the three things – or all at the same time. That’s why we believe that despite the fines levied against them, these monks, if anything, are building good karma in their own right.

South Koreans, whether you’re a monk, an engineer, a teacher, or a practitioner in the art of cos-play, should be allowed to gamble just like the rest of the world.

Despite being a tremendous online gaming market that’s backstopped by its peerless development of gaming technology, the South Korean government won’t even allow its residents and citizens to enjoy one of the things they’re country is known for?

Something’s wrong with that picture. And if it takes courageous monks to show that there’s nothing wrong with recreational gambling, then rest assured, these monks are welcome to play on our tables anytime.