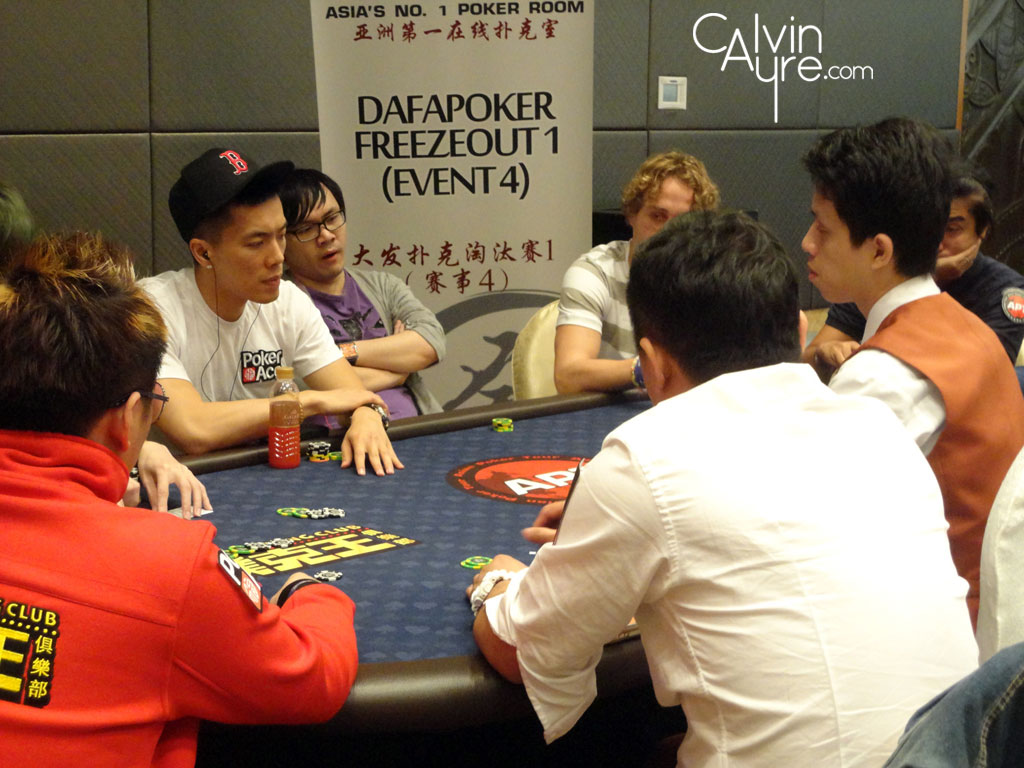 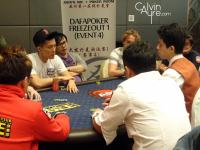 The 2012 Asian Poker Tour Macau is on its last legs and safe to say, we’ve seen a dynamic week of intense poker action that certainly merits recognition. True to its reputation as one of the premier poker tournaments in Asia, the Asian Poker Tour has delivered an impressive run of side tournaments to complement the Main Event.

For all of the tournaments that went on, here’s a run down of how they all went down. We’ve already touched on a couple of side events from the beginning of the tournament series and now, we’re diving into how the rest of the schedule came down.

First up is the HKD$ 3,300 DafaPoker Freezeout 1 Tournament, which featured a total of 111 players. Of all those players, it was Elton Tien Han Ho who outlasted the rest of the field, beating countryman Yi Po Lee to win the title and the HKD$ 107,000 first place prize. Ho’s victory came down to his final hand of AcJh, which was enough to upend Lee’s Qh9d after the board turned 8h8c4h Kh and 6D.

Next up is the HKD$ 3,300 DafaPoker Pot Limit Omaha with a field of 83 players. This time around, it was Malaysia’s Christopher Michael Soyza who came out on top, winning HKD$ 83,000 in the process. Soyza had to repel a pair of Japanese pros in Takeshi Chrome Kato and Takuya Nekamuna to stake claim to his first APT title.

A Filipino also came out on top on one of the side tournaments after Marc Rivera took down the HKD$ 2,000 Deep Stack Turbo 1 tournament, beating out a sizable field of 167 players on his way to staking claim to HKD$97,500.

Female poker players also made a good showing for themselves, especially in the HKD$ 1,100 Ladies of Poker tournament where it was Taiwan’s Percy Yung who won over 29 of the best lady pros in the tournament on her way to cashing in a respectable HKD$ 14,200.

Moving on the HKD$ 4,400 DafaPoker Freezeout 2, young gun Qiyuan Huang of China duked it out with Philippine poker legend Wally “The Dream” Sombero to win the tournament that featured a healthy number of 111 players. In his victory, Huang not only claimed bragging rights over Sombero, but also lined his pockets to the sum of HKD$ 143,500.

Then there’s the HKD$ 2,200 Deep Stack Turbo 2, which featured a total of 93 players and was won by Tian Fang Li of the USA, making him another first-time winner of an APT tournament. With the win, Li took home HKD$ 62,000 after taking down Hong Kong’s Ronny Tsz Shu Mak for the title.

The last of the freeze out tournaments, the HKD$ 5,500 Freezeout 3, belonged to China’s Liu Li. In outlasting a field of 97 players, including runner-up and Bodog ambassador Jay Tan, Li set himself up with an impressive sum of HKD$ 161,500, the biggest first-place prize for a side event outside the High Rollers.

The third and final deep stack turbo tournament – the HKD$ 2,200 Deep Stack Turbo 3 – went to Singapore’s Cai Su Chen, who pocketed a nice HKD$ 47,200 for taking down the tournament.