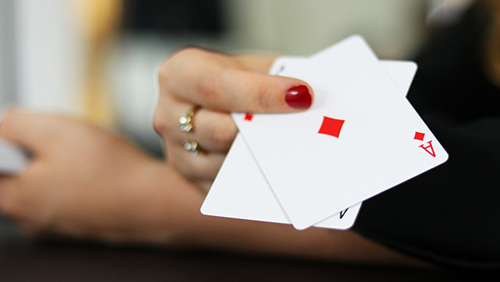 October 15 – Manila, Philippines – 2020 is just around the corner and to help players plan early, the Asian Poker Tour is thrilled to announce its schedule of events for the coming year. At this time 12 events are scheduled. The tour returns to popular destinations Vietnam, Taiwan, Philippines, and Korea. Exciting new stops have also been added. APT General Manager and Executive Tournament Director, Lloyd Fontillas expressed,

“This 2019 we have laid out the foundation to make 2020 a fun and exciting year. Players can expect larger guarantees, new events, new destinations, and more players attending each and every event.”

In January 2017, the APT was the first international brand to host a full-fledged poker festival in Ho Chi Minh City. It produced the largest tour Main Event attendance of 664 entries. Since then, the APT has visited an additional four times, each one attracting an average of 2300 entries. For 2020, the tour will once again host its annual kickoff event at Pro Poker Club for a third consecutive year.

The APT’s inaugural visit to Taiwan in February remains as the tour’s richest festival of 2019 with over USD 2.1 million in prizes paid out. To date, the Main Event holds the country record prize pool of TWD 15,219,300, approximately USD 494,000.

New stop to be confirmed.

The Philippines is the tour’s main hub with events taking place at the highly popular Resorts World Manila. This year drew an average of 3,300 entries per event with grand prize pools averaging USD 1.8 million. In September 2019, the Main Event set a tour country record of 515 entries.

For 2020, the tour merges the Seoul and Incheon together for the first-ever back-to-back APT poker festival. The event is an 18 day swing starting at Seoul for 7 days then Incheon for 11 days.

APT Korea – Incheon was first held in 2017 and has since become a regular stop in the yearly lineup. Seoul was added to the list in 2018. Despite locals prohibited from participating, this year saw both stops smash their advertised guarantees. It also produced the richest APT Incheon of over USD 1.3 million in prizes paid out.

New stop to be confirmed.

Venue to be announced.

A gentle reminder to everyone, for events listed ‘To be confirmed’ (TBC), we highly recommend players to wait until the status is confirmed before booking flights and accommodations.

2019 has indeed been a fantastic year for the APT. Two new stops were added – APT Taiwan and APT Tokyo Japan. Currently running is the second installment of APT Taiwan 2019, the 9th festival of the calendar year. Here’s a look at the incredible poker year thus far:

Two events remain before the tour wraps up the season- APT Vietnam 2019 and APT Finale Taiwan 2019.