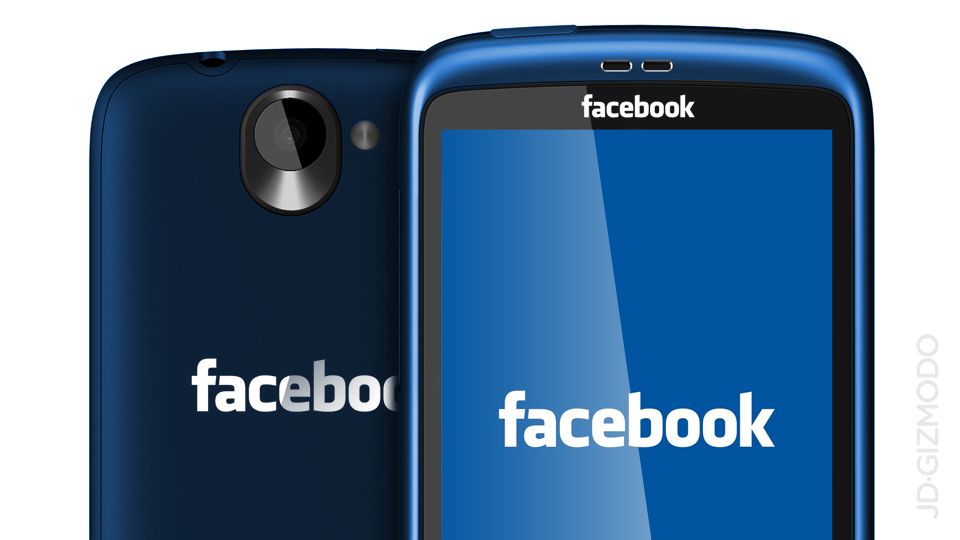 Facebook narrowly beat Wall Street earnings forecasts as their first set of results since floating showed revenue of $1.18 billion for Q2 2012 – a rise of 32 percent. As you can imagine that wasn’t enough for the investors that had backed the company’s ludicrous $38 share price after first quarter revenues climbed by 45 percent.

Facebook’s phone will-they won’t-they saga took another turn as well. Mark Zuckerberg, the company founder, told the assembled media that manufacturing their own phone “really wouldn’t make much sense” and instead they’ll continue to work with Apple to improve Facebook integration on iOS devices.

The news, straight from the horse’s mouth, came just a day after the Daily Telegraph cited sources that claimed Facebook was working together with technology firm HTC to create a “Facebook phone”. The Telegraph doesn’t have any concrete quotes and it’s likely to be a similar story to one they released a few months back claiming the same thing. A Sydney Morning News article also claimed the phone is upon us and went further by stating a phone could be released as early as mid-2013.

Gaming, which is one of Facebook’s most popular verticals, has been “essentially flat” for the past two months according to CFO David Ebersman with the $192 million in payments staying pretty much static. He did state that their gaming was getting even bigger on the mobile platform and that this is becoming extremely tricky to monetize. 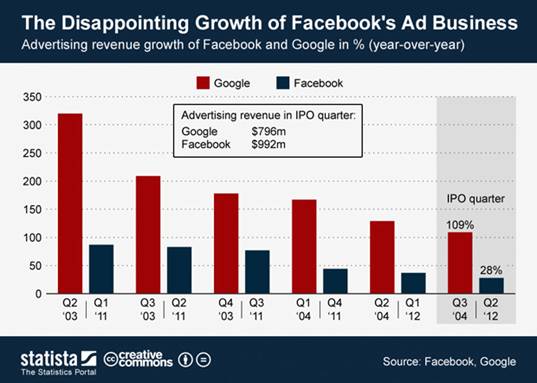 What is clear is that Facebook still desperately needs to try and make mobile work in a way that’s profitable, and not simply resort to paying billions for companies such as Instagram. Advertising revenue is where Facebook has historically derived much of its revenue and the $992 million it generated in the second quarter was a 28 percent rise compared with last year. Interestingly Statista, whose chart you can see on the right, looked at Facebook’s post-IPO ad situation and compared it with another internet giant – Google.

When Google floated back in 2004 it made $796 m in ad revenue in the quarter following the IPO – a number lower than Facebook’s but a rise of 109 percent is higher. The problem is likely to stem from Facebook not really possessing a mobile advertising program and until they do that it’ll be difficult for them to get anywhere near the other giants of this space.