Home / Business / Irish racing struggles in H1, but much of its troubles are self-made 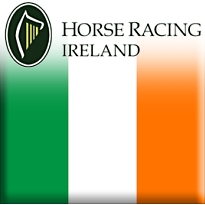 Horse Racing Ireland (HRI) published a grim summary of the Emerald Isle’s racing business through the first six months of 2012. Turnover at on-course bookies came in at a paltry €39.7m, a 19% drop from the previous year and a 52% decline since the heady days of 2007. Turnover with the Tote on-course fell 24% to €4.8m, although the Tote’s overall turnover fell a mere 1.4% to €24.5m, suggesting the situation wasn’t entirely hopeless.

HRI CEO Brian Kavanagh admitted that the numbers had been negatively affected by poor weather conditions during April’s Punchestown Festival, but insists that the sport’s only hope lay with promised revisions to the country’s betting tax regime. “The recession is a factor, but racecourse bookmakers are also seriously up against it trying to compete with technology through mobile and online betting and they are having to operate at a serious tax disadvantage.”

Sponsorship money actually rose 36% in H1 to €2.8m, a figure that would have been even higher had HRI chose not to pick a fight with betting exchange Betfair back in 2009. Between 2006-2008, Betfair had voluntarily contributed €4.5m to Irish racing, and was scheduled to kick in another €1.2m in 2009, only to have HRI demand double that figure. Betfair balked and HRI retaliated by prohibiting Betfair from sponsoring any Irish fixtures (a move that has cost an estimated €1m over the past three years, in addition to the €3.6m in lost contributions). HRI’s hardball tactics were widely criticized at the time, with one senior gov’t minister telling the Sunday Independent that racing “needs to take a very quick reality check.” HRI’s decision to give up the bird in its hand looks even more ill-advised given the recent five-year £40m agreement struck between Betfair and British Racing.