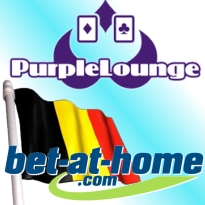 Accountants Baker Tilly UK have been tapped to oversee the liquidation of failed online gambling outfit Purple Lounge. The former Entraction skin went dark April 24, leaving players unable to access their deposits. This was followed a month later by parent company Media Corp’s announcement that the gambling site was no longer viable due to “historic operational and financial failings.” On July 6 (a Friday, traditionally a favored time to release unpleasant news), Media Corp published a notice in the London Gazette regarding a Monday, July 23 meeting of shareholders “to pass a resolution for the winding up of the company.” Said meeting will be held at the Clock House, 140 London Road, Guildford, Surrey at 10:30am. A list of creditors’ names and addresses will be viewable at Baker Tilly’s offices (at the address listed above) between 10am – 4pm on the two business days prior to the July 23 meeting. Interested parties can contact Victoria Smith by phone at 01483 307 035.

BetClic Everest Group subsidiary Bet-At-Home has decided to mount a legal challenge of its inclusion on the Belgian Gaming Commission’s online gambling blacklist. DLA Piper’s law blog reported that the Malta-based gambling outfit had initiated proceedings at the Belgian Court of First Instance, but given the recent defeat at the same court by similarly blacklisted operator Bwin, Bet-At-Home’s attorneys would appear to have their work cut out for them. Belgian media reported Bet-At-Home’s strategy would focus on provisions in the eCommerce Directive 2000/31 regarding the lack of internet “filtering” obligations of internet service providers. Bet-At-Home has a July 16 date with the court.

Wrapping up this legal whip-round, John Eamer – the dickless wonder who punched a female Ladbrokes clerk twice in the face after she informed him that his losing 50p Euro 2012 wager wasn’t going to earn him the handsome £1.30 payout he expected – won’t be going to jail over the incident. On Tuesday, the self-described ‘marijuana addict’ was sentenced to a 12-month community order and given 200-hours of community service. What’s even more galling about this sentence is that this wasn’t even the first time the burly Eamer had assaulted someone profoundly weaker than himself. In 2008, Eamer was sentenced to 15 months for beating up an old age pensioner who had the gall to sit next to Eamer on a bench. It’s a shame Charles Bronson’s passed on, that’s all we’ll say.