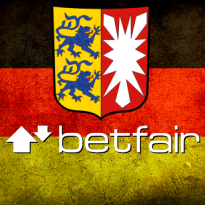 Confusion reigns in Germany following last week’s passage by the federal government of amendments to its Race Betting and Lotteries Act. The amended Act, which took effect July 1, imposes a 5% tax on sports betting turnover that must be paid by operators targeting German punters whether or not these operators hold German-issued gaming licenses. More importantly, as a federal law, it effectively overrides the sports betting licenses recently issued by the German state of Schleswig-Holstein under the terms of its own Gambling Act, which, unlike the treaty passed by the other German states, imposed a more operator-friendly 20% gross profits tax on not just sports betting, but online casino and poker.

Schleswig-Holstein’s Act contains a clause that stipulates “gaming duty shall not be levied on … lotteries and betting that are subject to taxation under the [federal] Betting and Lotteries Act.” In other words, Schleswig-Holstein can’t collect tax revenues on bets on which the federal gov’t intends to collect tax, leaving little incentive for the state government to stick with its system. While the federal Act doesn’t impose a tax on online casino and poker wagers (because it doesn’t allow them), Schleswig-Holstein has yet to issue anything but sports betting licenses, and likely won’t, as the new state government doesn’t appear interested in a potentially costly legal fight to maintain a system it inherited from the previous regime.

Operators who decline to pay the federal tax face arrest by German authorities if they set foot on German soil. Despite this concern, Betfair CEO Stephen Morana says his company – which received one of the first Schleswig-Holstein sports betting licenses in May – has no intention of paying its federal due. Speaking to analysts on Friday following the release of its 2011 financial results, Morana said his legal eagles had convinced him there were “serious fundamental questions of applicability, interpretation and constitutional law” at stake. As such, Betfair plans “to continue operations with the exchange and, as previously outlined, we intend to pay a 20% gross profits tax to Schleswig-Holstein on our exchange revenues.”

By describing the new tax regime as something that will make Betfair’s operations in Germany “unviable,” Morana may be pinning his hopes on German law that makes it unconstitutional for any tax to be so punitive that it has a “strangling effect,” i.e. by forcing gambling operators to offer odds that can’t match those offered by unlicensed operators. The federal Act’s tax kickbacks to the domestic horseracing industry could also be challenged under EU guidelines against state aid. Regardless of what aspect of the Act is put to the test, the legal fight is expected to take years to resolve. About 4% of Betfair’s overall revenues are derived from Germany. Bwin.party, which is far more invested in the German market, is looking at a new tax bill of €50m.