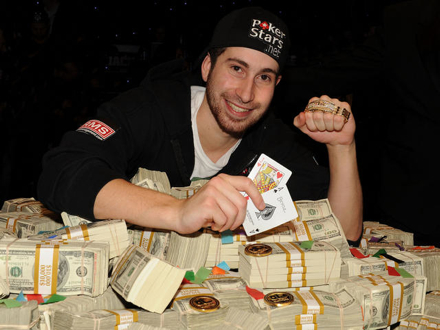 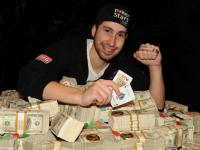 It’s almost here. Just a matter of days from now the world of poker will avert its eyes from anything else they’re doing and focus on Vegas for the grand-daddy of them all – the World Series of Poker Main Event. This year’s series as a whole has become synonymous with the $1 million buy-in Big One for One Drop event and it has left the Main Event feeling a little bit shaded. All of that will go out of the window once it’s done and the original and best event is on.

The past ten years of the Main Event has seen an interesting anomaly develop that means none of the winners since 2001 have repeated their success with another WSOP bracelet. The last to do so was that year’s winner Carlos Mortensen and none of the cavalcade of stars since has gotten close.

Who will win the gold this year though and what characteristics should we be looking out for?

The past four winners of the main event were under the age of 23 when they won the shebang and it’s a trend seen over the whole poker landscape. Joe Cada got the nickname “The Kid” for his 2009 victory when he was at the just-out-of-nappies age of 21 and Peter Eastgate broke the record for youngest ever player a year earlier at the age of 22. The past two winners, Pius Heinz and Jonathan Duhamel, have both been 23 and Phil Hellmuth, the original holder of the record when he won as a 24-year-old, looks like an OAP, at that time, next to the new kids on the block.

This is linked back to the last one as their ages means they’re instantly excluded from the WSOP as they must be over 21 to enter. Online being over 18, or for the sneaky ones any age they like, makes it easier for them to hone their game on that medium and enter the live game arena at the same age they may have done in the past but with more experience. Sitting in a dark room devoting yourself to poker, like Cada did from the age of 16, obviously pays off. It means young online savvy players are more prevalent and the older players are having to constantly look over their shoulders for the new kid.

WSOP success by the bucket load…but all in one go

We go back to that anomaly mentioned earlier and realize that bracelet success at the WSOP isn’t likely to be a regular occurrence for this year’s winner. It doesn’t mean they can’t win events on other tours, it just looks as though winning a bracelet means your luck is up forever and the WSOP gods won’t let you return. Just ask Duhamel, Cada, Eastgate, Jerry Yang, Jamie Gold, Joe Hachem, Greg Raymer and Chris Moneymaker. We’re sure they’ll fill you in.

It all points to another outsider dragging themselves to the top of the pile again this year and if you’re bettor we’d say go for an outsider…or will Ivey break the bracelet-fast that has plagued him at this year’s tournament?