Home / Business / Investing The Hard Way: Just How Big Can US Online Gambling Get? 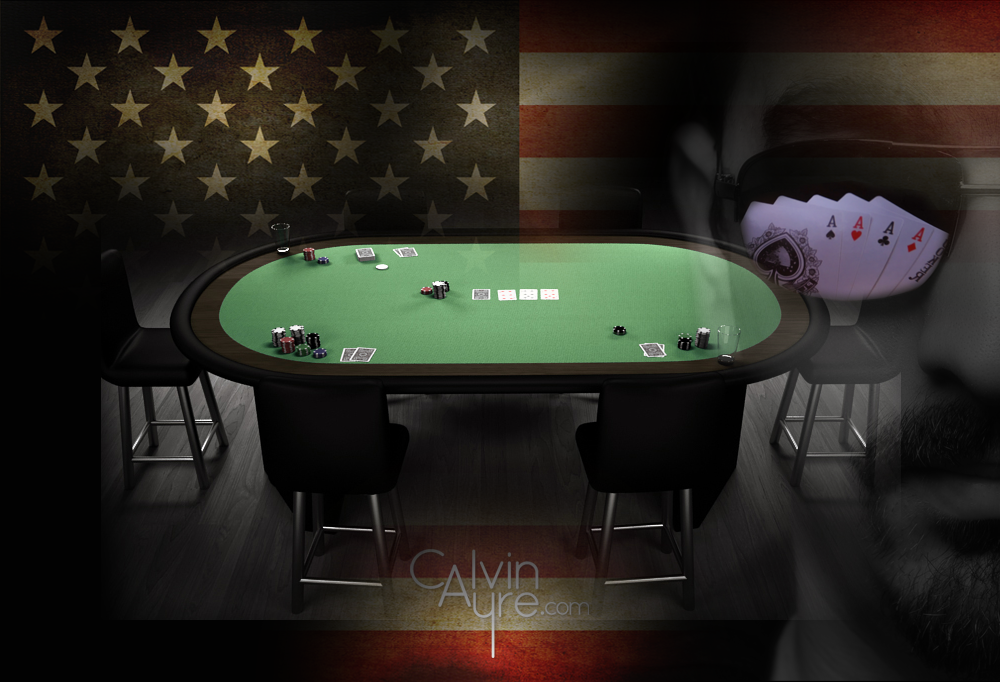 In the gambling industry, 2012 has been dominated by the late December Department of Justice opinion that appeared to legalize some forms of Internet gambling in the US. That opinion has led to wild moves in the share prices of gambling stocks; nine-figure purchases of Facebook game developers; and political wrangling from California to New Jersey. (Ironically, about the only thing the DOJ opinion hasn’t done, it seems, is actually create a single dollar in additional gambling revenue.) Yet the hype and speculation about the potential for the US iGaming market continues, with writers and analysts repeatedly calling it a “multi-billion dollar” market. But how many billions? And who, exactly, is going to wind up with those billions? 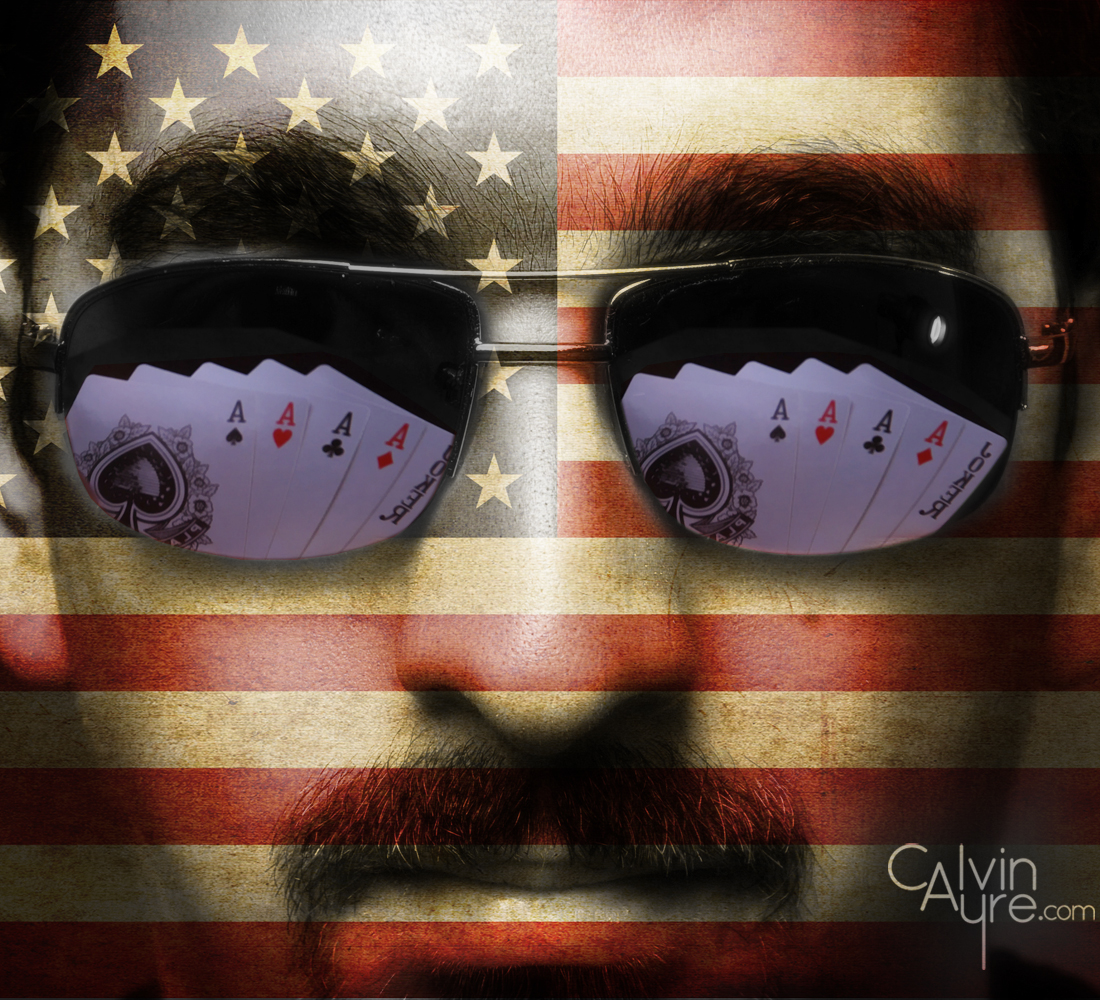 Obviously, given the slow pace of the state-by-state legalization required in the US, it’s impossible to project with any certainty just how large US online gambling might be, and how quickly it will grow. But the magnitude matters for investors. MGM Resorts (MGM) has a current market capitalization of $5.4 billion and debt of some $13 billion. Yet CEO Jim Murren has repeatedly focused on online poker as a growth opportunity for the company. Given that MGM only owns 25% of a joint venture with Bwin.Party Digital Entertainment (BPTY) and Boyd Gaming (BYD), will the US iGaming market be large enough to make even a dent in MGM’s debt load, even if MGM’s venture becomes a market leader?

It’s, obviously, a difficult question to answer. But a few have tried. In a white paper submitted to the US House of Representatives’ Ways and Means Committee in 2010 (PDF available here), noted gambling research firm H2 Gambling Capital laid out their vision for a federally regulated online gambling industry with availability in all fifty states. In a scenario including sports betting, H2 projected total revenues of $42 billion five years after legalization; excluding sports betting, the figure would fall to $26.7 billion. Using only the 12 largest potential state markets, the total figure would reach $25.7 billion; excluding sports betting, $16.4 billion.

These figures are obviously at the high end of possible outcomes for US internet gambling, and in fact represent something of the “Holy Grail” for the gambling industry. Federal legalization still seems doubtful; furthermore, such legislation would most likely have an “opt-out” provision for states. For instance, my home state of Oklahoma – with its politically connected Native American tribes and “Bible belt” conservatism – would likely ban internet gambling in the state. (Yes, we have over a hundred tribal casinos and a state lottery, but Jesus is fine with those.) Larger Southern states with socially conservative leaders – such as Georgia and Texas – might follow suit. It’s also worth pointing out the only US state to currently explicitly ban Internet gambling for its residents is Washington – hardly a bastion of religious conservatism. It seems likely that anti-legalization efforts at the state level in the face of a federal bill would move far faster, in far more states, than the tortoise-like pace of iGaming regulation efforts over the past six months.

Furthermore, the projections were made in 2010; given the effect of “Black Friday” and two more years of online gambling living in the shadows, the growth projected by H2, even if the ideal scenario were enacted tomorrow, would be occurring from a smaller base. Add in the frustratingly slow economic recovery in the US, and it seems unlikely that $42 billion – even under our “Holy Grail” scenario – would be reached before the end of the decade.

Still, under such a scenario, an online gambling operator could see huge gains in the US market. Based on their tax estimates and assumptions, it appears that of the $42 billion figure quoted above, H2 estimates post-tax profits (after wagering taxes, licenses, and a 34% corporate tax rate) for the entire industry of roughly $7 billion. A company that controlled over 50% of the US online gambling market – as PartyGaming did in 2005 – could likely see annual profits of about $3 billion, putting its market capitalization around $40-$60 billion – well past current US leader Las Vegas Sands (LVS), which is worth about $37 billion as of this writing. Should the market be far more fractured and competitive – given the fact that Nevada has already licensed fourteen different operators, this scenario appears more likely – a market leader with, say 20% market share would still earn over a billion dollars a year, and be worth in the range of $20-$25 billion.

Those numbers are impressive, but, remember, this is the absolute, perfect scenario for US online gambling, requiring years of growth from a smooth start. And, while $7 billion in industry-wide profits sounds fantastic, bear in mind that Internet titan Google (GOOG) made $9.7 billion by itself in 2011. As such it simply does not seem likely that, even under a perfect scenario, the US online gambling market could create a titan that can rival Google or even stumbling Facebook (which, despite all the bitching about its failed IPO, still has a market capitalization of about $56 billion.)

And, of course, the perfect scenario is not occurring – and will not. Full legalization in any US state is a pipe dream; current legalization efforts have all focused on poker, whose skill component and TV popularity has made it more palatable to the masses (or so the thinking seems to be). Left ignored in the push for poker is the fact that Americans are already gambling online, simply through unregulated channels. H2 estimated US online gambling in 2010 at $5.1 billion; the American Gaming Association (AGA), in a 2011 white paper, put the figure around $4 billion, while claiming that some 10 million Americans have gambled online.

Surely, that $1.4 billion figure would be larger were it not for the 2006 passage of the Unlawful Internet Gaming Enforcement Act (UIGEA), which shut then-leader PartyGaming out of the market. The year before, in its 2005 annual report, PartyGaming estimated that it had 41% of the global online poker market, though its US figure was most likely higher (several estimates at the time credited Party with over 50% of the US market.) Approximately 85% of its $859 million – or roughly $730 million – in net poker revenue came from the US. Assuming Party held 50% market share in the US, the total 2005 market comes to about $1.46 billion – not far off from Forbes’ estimate of the 2011 market, by then dominated by PokerStars and Full Tilt. Accounting for inflation, the US online poker market appears to have, at best, stayed flat for the six years between 2005 and 2011. Yes, the UIGEA is partly to blame, but, regardless, customer growth in the industry has stalled since the peak of the poker boom in 2006. Explosive growth from US online poker is not nearly as likely as many expect.

So what we see is the drastic difference between the potential of full legalization – future proceeds of some $42 billion by one estimate – and the potential market most likely to actually occur, which focuses on poker, offers a moderate growth rate, and is likely to come in at two or three billion in annual revenue for the near future, even with a federal bill or heightened interest at the state level. And this brings us back to MGM and its CEO Murren’s “aggressive focus” on online poker. Let’s assume that regulation of online poker brings in new customers, new advertising methods, and new liquidity. Let’s assume that online poker in the US doubles, becoming a $3 billion market in revenue. And let’s assume that MGM’s joint venture with Boyd and Bwin.party, under the re-launched PartyPoker brand, assumes its former glory and snatches half of the market.

That venture would see revenue of roughly $1.5 billion, but its profit margin – hurt by onerous taxes such as the proposed 10% revenue tax in the state of California, and the 35% federal tax, among others – would be far lower than of previous, unlicensed operators. Still, we’ll give it a healthy 25% post-tax profit margin, or profits of $375 million. That venture would be worth, at (an also healthy) earnings multiple of 20, about $7.5 billion. (Bear in mind that PartyGaming, when it went public in 2005 during a bull market and a poker boom, saw a valuation of about $8.5 billion – roughly $10 billion in current dollars. But Party was not subject to the various licensing fees and wagering taxes that will no doubt lower margins for US operators going forward.) MGM’s 25% share of that venture would be worth $1.75 billion.

Adding a $1.75 billion stake in a US online poker venture doesn’t change anything for MGM. It is still overwhelmed in debt; it could sell its stake, use the cash to pay off debt, and still owe twice its market capitalization to bondholders. And this is under the most optimistic scenario for its venture, under the most likely scenario for the industry. Looking at the numbers on a potential US online gambling market, we come back to a theme that I’ve emphasized time and time again in this column: look at the smaller players, look at the suppliers, look for the growth. For the big players – not just operators like MGM and Wynn, but billion-dollar companies like Zynga (ZNGA) and International Game Technology (IGT) – it does not appear that there will be enough money to go around.