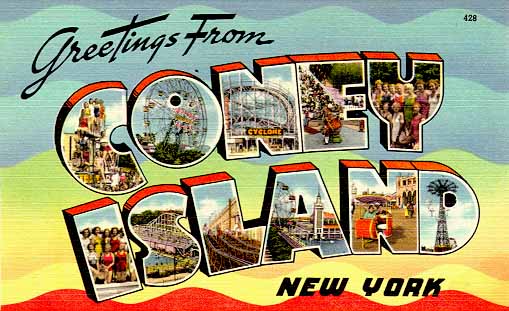 Brooklyn Borough President Marty Markowitz knows that New York Governor Andrew Cuomo has been on a mission to bring a gambling hub at the Aqueduct racetrack in Queens. But when those plans were scuttled after talks with Malaysian casino company Genting fell by the wayside, Markowitz revived his calls to bring casino fun in another New York locale: Coney Island.

Speaking with the Daily News, Markowitz sees the appeal of opening casinos in Coney Island, saying that it would provide a much needed economic boost to the once proud tourist spot. “It would be a tremendous thing for the future of Coney Island,” Markowitz said, “and it’s the right place to put it.”

Once upon a time, Coney Island was a huge tourist destination in New York, boasting of numerous amusement parks and resorts during the first half of the 20th century. Since then, the town has lost a lot of its luster and has endured downtrodden years of neglect. It was only recently that the town has gotten back on its feet. Today, it’s home to MCU Park, a baseball stadium that’s home to the New York Met’s affiliate team, the Brooklyn Cyclones.

Markowitz initially broached the idea earlier this year after it became apparent that Governor Cuomo was making a push to legalize casino gambling in the state to create new revenue. Since then, a lot of people have joined in on the call, including Dick D. Zigun, the founder of the Coney Island Circus Sideshow and the man who calls himself “The Unofficial Mayor of Coney Island”.

“Coney Island is closer to Manhattan,” Zigun points out. “It already has major transportation, four subway lines, we’re immediately off the Belt Parkway.”

Despite the fallout from talks with Genting, Gov. Cuomo still has hopes of developing a project in the Aqueduct that could include a casino, but instead of singling out one developer, the governor wants to open it to a bid process. If Markowitz really wants to put a casino in Coney Island, he’s going to need to make a stronger push to the governor. At least a whole lot more than the supportive words of Mr. Zigun.