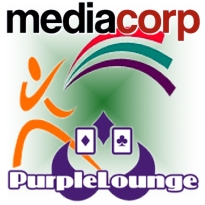 Purple Lounge (PL), the online gambling offshoot of publicly-traded UK firm Media Corp, has been offline since April 24, when Media Corp “temporarily suspended” its struggling gaming division’s activities. The shutdown followed a gathering swell of complaints from players over the inability to withdraw their funds, during which players received written assurances that “your funds are safe and secure as Purple Lounge is part of Mediacorp PLC which is listed on London Stock Exchange.”

In retrospect, this shouldn’t have inspired much confidence. Over the past year, Media Corp’s business strategy could charitably be described as haphazard. It started with the £1.1m loss the company took on its gambling.com domain auction, the proceeds of which the company planned to use on “a number of exciting acquisition opportunities.” Instead, Media Corp continued to sell off “underperforming” businesses, including online TV listings guide onthebox.com and foreign exchange advertising site Forexspace.com, which launched with great fanfare in January 2012 only to be sold a couple months later.

In mid-April, trading in Media Corp shares on London’s Alternative Investment Market was halted as the company declared it was in “advanced discussions” to acquire Gaming Media Group, only to abandon the whole plan a month later and announce it had acquired Intabet instead. (The company also acquired a ‘swingers’ reputation following the arrest in February of PL group director Chris Gorman and his wife because his wife was going down on another man in an Orlando nightclub washroom while Chris watched.) This time last year, Media Corp was trading around 180p. When trading was halted April 16, shares were worth 90p. Trading resumed on May 16 and shares have since sunk to 50p.

Another major hiccup occurred in January, when PL’s poker room abruptly left the Microgaming network to join IGT/Entraction. Two months prior to the switch, pkrleaks.com claimed PL was being booted off Microgaming due to PL’s repeated violations of the network’s rakeback policies, i.e. Microgaming had tired of PL poaching high-raking players from other network skins via overly generous rakeback deals. It’s not yet official that PL’s unworkable rakeback model was the straw that broke this purple camel’s back, but it certainly didn’t help matters.

THE AUTHORITY SONG (AND DANCE)
While PL’s business acumen may have been inept, the response to its demise by Malta’s Lotteries and Gaming Authority (LGA) has been nothing short of embarrassing. The LGA took no great efforts to publicize the shutdown of its licensee, choosing only to shift PL’s name into the ‘terminated’ section of its website sometime in late April. It was only this week that the LGA posted an official notice of PL’s license termination, which it said occurred “on the 23rd April 2012 upon the request made by the licensee.” 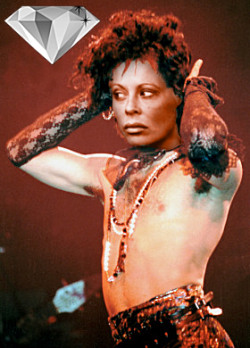 The LGA claimed it “made sure that there were no pending complaints” against PL before accepting Media Corp’s termination request, although some TwoPlusTwo poker forum members reported having taken their payout complaints/concerns to the LGA in early April, and that the LGA responded with claims to have contacted PL regarding these concerns. But that was then; the LGA has since pivoted into a full-on Pontius Pilate stance. “Since the operator is no longer licensed by the Authority, the Authority cannot assist players having issues with the aforementioned operator following the date of termination of the licenses.” Having washed their hands of the whole sordid affair, the LGA can now get back to the busy business of not regulating their other licensees.

THIS IS WHAT IT SOUNDS LIKE WHEN PLAYERS CRY
So where will Purple Lounge’s former rakeback-hungry VIP players go now? Which sucker site is offering the biggest rebates? Is it mere coincidence that PL’s demise coincided with Lock Poker’s decision to break away from the Merge Gaming Network to acquire selected assets of the rakeback-friendly Cake Poker Network? Is it further coincidence that Cake has already announced a 3% increase in its own rakeback program? Can it be pure happenstance that Lock Poker proudly displays an LGA logo at the bottom of its home page? Is it true that the favorite color of Lock/Revolution Gaming CEO Jennifer Larson is purple – you know, like Prince and the Revolution in the movie Purple Rain? All together now, Purple rake, purple rake…