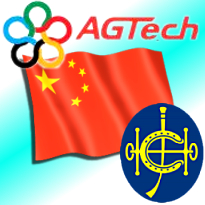 Currently available only in Hunan province, Lucky Racing generated RMB260m (US$41.1m) in Q1 sales, down a third from Q4 2011’s RMB400m. Nevertheless, AGTech expects to expand Lucky Racing’s reach to other provinces in 2012. On March 1, China released the Rules for Implementing the Regulation and Administration of Lotteries with the intention of (a) cracking down on illegal lotteries and (b) preparing the way for legal online and mobile lottery distribution. Since that time, the Sichuan Province Welfare Lottery Center has issued a call for bids on telephone (landline and mobile) and texting lottery licenses. But hold the phone; while Sichuan stopped short of offering internet lottery licenses, it hasn’t yet received official clearance from the Ministry of Finance to issue its new phone/text licenses. Worse, the call for submissions was issued on April 6, and bidders were given just one week in which to submit their paperwork. A source told Gambling Compliance that the license application’s strict requirements seemed designed to keep bids to a minimum, suggesting Sichuan authorities already “know who they want to give it to.”

Elsewhere, it’s been suggested that racetrack betting could make its return to the Chinese mainland next year when the HK$15b Tianjin Equine City Culture complex opens in China’s fourth largest city. In April, China’s horseracing industry inked a €40m deal with Irish bloodstock firm Coolmore Stud to supply the new racecourse with 800 horses over the next three years. The Hong Kong Standard reported that members of the Coolmore delegation were told Western-style horse betting would be “introduced gradually” following Tianjin’s opening in 2013. A source claimed Tianjin would serve as a model for other Chinese tracks to follow. However, such claims were greeted with skepticism by sources at the Hong Kong Jockey Club (HKJC), which pointed to the recently opened track at Wuhan, where betting is limited to points and prizes. These same sources said that if wagering is allowed on the mainland, it would follow the proven HKJC model, where independent bookmakers aren’t permitted.

Despite having a proven model, the HKJC isn’t content to sit on its laurels. Concerned that the average age of its patrons was skewing older, the HKJC asked New York/Singapore-based digital agency Possible Worldwide to propose a solution. Earlier this month, following a couple years of planning, testing and tweaking, Possible introduced two 10-foot by 4-foot interactive, touch-screen gaming tables into the HKJC’s Adrenaline lounge. Up to eight punters can simultaneously use the tables to read up on individual horses and place bets using Jtap, a money-holding RFID card modeled on Hong Kong’s Octopus train pass. Eight punters, using ‘Octopus’ technology… Guess companies never stop honoring the Chinese belief in eight as a lucky number.