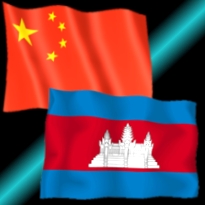 Macau VIP junket operator Asia Entertainment & Resources Ltd. (AERL) reported a 37% increase in February’s rolling chip turnover to MOP15.3b ($1.91b). The year-on-year rise surpassed Macau’s overall casino market, which saw a 22.3% revenue increase over the same period. AERL operates three VIP rooms at the Venetian Macau, Galaxy StarWorld and Galaxy Macau on the Cotai Strip. The latter did not factor into last year’s results, having only opened in May 2011.

The insatiable appetites of Chinese gamblers are not only powering the stunning revenue numbers in Macau, Singapore and other gambling hubs from Asia to Nevada, they’re also being given the credit/blame for deforestation in Cambodia. Reuters reports that environmental groups are complaining about China’s Tianjin Union Development Group turning 36k hectares of southwest Cambodia into a gambling resort ‘half the size of Singapore.’ In 2008, the Union Group signed a 99-year lease for (then) forestland in Botum Sakor National Park and apparently started bulldozing before the ink was dry. The company plans to spend $3.9b on roads, an international airport, a cruise ship port, hotels, condos, golf courses and two reservoirs, plus a hydro-electric dam on an adjoining 9.1k hectares. Oh yeah, and a casino called Angkor Wat on Sea. While company officials claim not to have fixed on a name for the overall project, locals say it will be known as either ‘Seven-headed Dragon’ or ‘Hong Kong II’. Regardless of what name goes on the marquee, the company website promises “extravagant feasting and revelry.” But no trees.

While China’s unwillingness to allow casinos on its own soil remains unshaken, the authorities may provide the locals with telephone and internet alternatives, at least as it pertains to state lotteries. On Feb. 1, the Ministry of Finance issued a statement saying it intended to “steadily work toward the development of telephone and internet lottery sales services.” China National Radio claimed that the agencies behind the sports and welfare lotteries were both “in the process of setting up their own internet sales platforms, large scale transaction networks.” Gambling Compliance cited 2011 revenue figures that put the two official lotteries’ combined take at RMB221.6b ($35.2b). However, as the Chinese giveth, so they taketh away. The promised expansion of lottery options comes as officials launched a crackdown on what the Ministry of Finance called “several illegal ‘Mark Six’ underground sports betting and unapproved telephone and online lottery sales operations” that had “infiltrated lottery sales structures and appeared on websites, seriously disrupting order in the lottery market.” Agencies and networks were “requested” to “actively coordinate with the Public Security Bureau” to help “maintain order.”

The official Mark Six lottery run by the Hong Kong Jockey Club is in no danger of being shut down, and one lucky punter is particularly grateful. The HKJC handed out its second-largest jackpot in late January, and while the HK$86m ($11m) wasn’t close to the HK$133.5m handed out in May 2011, that prize was shared by three winners, whereas this latest jackpot was claimed by a single individual. The best part is, now he or she can afford to live in Hong Kong!