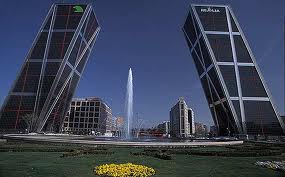 When you think of Spain the first things that come to mind will be a mix of bullfighting, las chicas mas guapas and the best football team on the planet – oh and some Sangria thrown in for good measure. It’s no surprise that this is the gaming industry’s next battleground with companies readying themselves for the Spanish gambling industry market to open up next month.

This in mind, the country’s capital city, Madrid, recently held the Gaming in Spain conference in order to inform the masses as to what they can expect if they enter the market. Around 200 attendees turned up at the Palacio de Congresos from May 9 to 10 and were lucky enough to enjoy the gaming legislator’s first public appearance.

Over the course of the two days there were a number of panels looking at all different sides of the gaming industry. Regulation was the main subject but there was also some excellent discussion on areas such as marketing, social media and how the industry uses these areas to its considerable advantage.

In terms of the Spanish market itself, we saw some considerable debate on the make-up of the market when it has been fully regulated. A number think it will be a lot smaller than first expected with firms having to work harder than ever to make sure their marketing efforts are up to scratch.

When it first comes out the law is obviously not going to be watertight. This was something the legislator recognized and stated that they’ll be working on everything from international liquidity to taxation and new games. He added that they’re hoping to have sorted it by the end of 2012.

TV is one of the things being held up as a huge opportunity for firms to gain market share and make sure their brand is ahead of the rest. Any advertising on TV will be done so under the gaze of the new government-approved regulatory authority – Autocontrol. Some operators are already worried at how excessive the limitations placed on them will be as it’s still not clear how it will work.

This being an iGaming conference meant there was no shortage of networking opportunities and like its peers around the world this conference stayed alive long into the evening. Attendees were treated to a cocktail night overlooking Real Madrid’s pitch at the Real Café Bernabéu, giving attendees the opportunity to network in a great setting.

Anyone that made their way over to Madrid will have come away with a wealth of valuable knowledge that will be key ahead of the market opening – which happens on June 1.