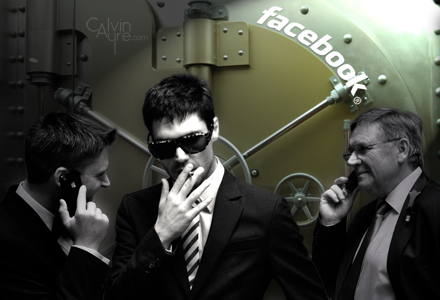 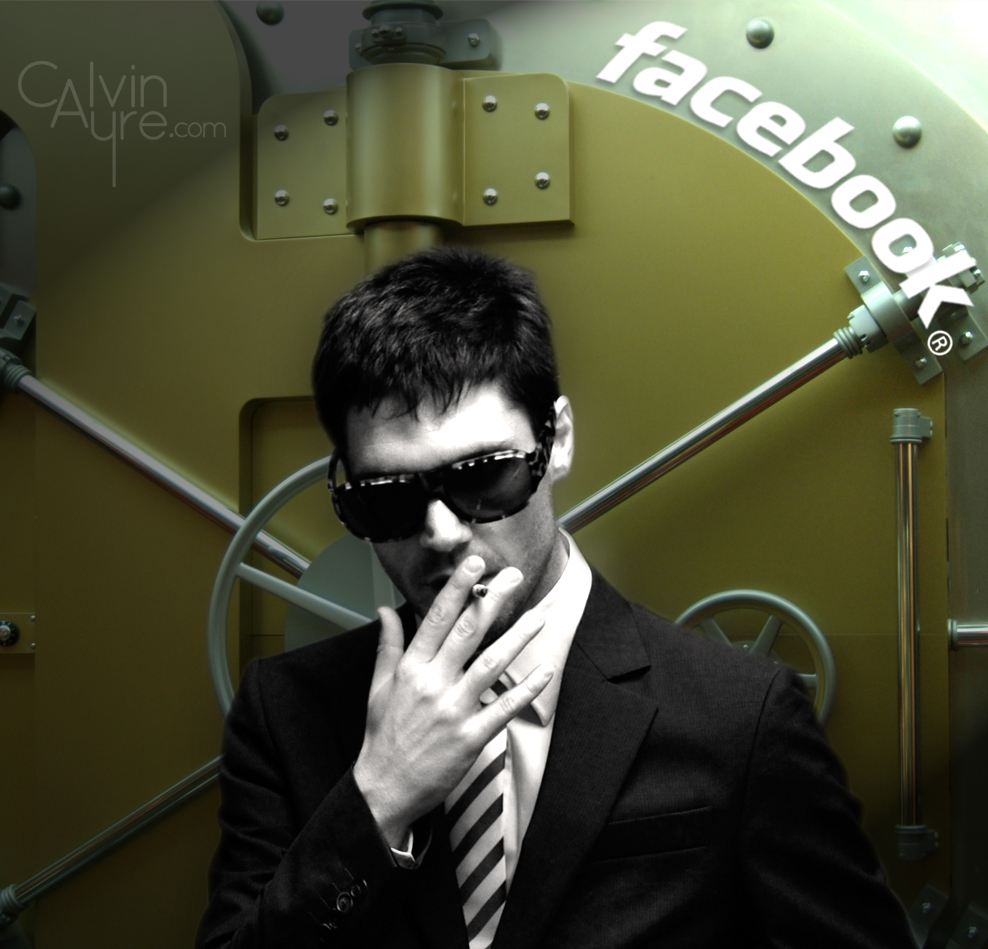 At the Berkshire Hathaway (BRK-A) annual meeting last weekend, famed investor and Berkshire CEO Warren Buffett and his partner Charlie Munger were asked which stocks in the market they would avoid. Munger, normally the more reticent of the two, answered quickly. “New issues,” he replied, referring to initial public offerings, or IPO’s, whereby companies issue stock to the public for the first time.

Munger went on to explain his logic. Out of the thousands and thousands of equity securities available on the market at any given time, what are the odds that a new issue is the most undervalued stock in the market? After all, an IPO – particularly of a well-known company – is subject to relentless hype from the media and analysts, and is sold by brokers who get a larger commission to sell it relative to existing stocks. As Munger noted to some laughter, the stock can’t be very good if Wall Street is paying its salespeople extra to sell it.

Munger didn’t mention a specific company by name, but given that Facebook had filed for its own IPO just two days earlier, one would be forgiven for assuming the social media giant was on his mind. The Facebook offering is likely to be the largest Internet-related IPO on record, according to CNBC, and is already the most-hyped offering since Google (GOOG) went public in 2004. The social media giant is selling 334.7 million shares, with an estimated range between $28 and $35 per share. The total haul could be as high as $11.7 billion, with roughly half of the money going into Facebook’s coffers and the remainder going to inside investors, including CEO and founder Mark Zuckerberg. (The above data is subject to change ahead of the offering date, which is currently scheduled for this coming Friday, May 18.)

At current estimates, the IPO would value Facebook somewhere between $75 and $96 billion. The sheer magnitude of that valuation has already prompted cries that the company is vastly overpriced. At the high end of its range, Facebook would — today — be worth more than business giants such as McDonald’s (MCD), Cisco Systems (CSCO), and Visa (V), and just 6% less than Amazon.com (AMZN), which dominated Internet retailing back when Facebook was still a gleam in Zuckerberg’s eye. It would trade at some 99 times trailing earnings and 24 times revenue, despite the fact that first quarter 2012 earnings actually fell slightly compared to same period in 2011, according to the company’s S-1 registration statement. That slowdown in earnings is of concern to investors, given that the company’s high multiples require exceptional growth for the stock to have long-term value.

In addition, recent Internet IPOs have not fared well. Facebook game developer Zynga (ZNGA) and predatory lender Internet marketing company Groupon (GRPN) — which I named as two of the dumbest stocks in the market last week — have fallen sharply since their public offerings in late 2011. ZNGA is down 24% from its $10 issue price, while GRPN has fallen over 50%. Both stocks have shown lower-than-expected revenue growth and difficulty in converting sales into earnings — the same fears that would surround Facebook at its current pricing.

Those fears were stoked this week by an update to the S-1 regarding Facebook’s mobile business. The growing use of mobile devices to access the Internet is a real challenge for Facebook, whose mobile site is so limited that one analyst wondered this week whether it was “bad on purpose.” Why on purpose? Because Facebook hasn’t figured out how to, well, make any money off its mobile users. As the amended S-1 noted this week (per CNET.com), the “increased usage of Facebook on mobile devices has contributed to the recent trend of our daily active users (DAUs) increasing more rapidly than the increase in the number of ads delivered.” In other words, mobile users see less ads, which means the average user sees less ads, which means Facebook generates less revenue per user. And given that user growth is one of the company’s greatest strengths — indeed, the company highlighted that growth on the first page of its prospectus, used to inform potential investors about the stock — lower revenue per user severely diminishes the value of user growth. Daily active users (DAUs) grew 41% year-over-year in the first quarter, leading to 44% revenue growth over the same period — meaning revenue per user was still flat. Under its current model, revenue per user should decline as mobile usage increases, lowering the rate of overall revenue growth. At 24 times sales, Facebook cannot afford for that to happen any time soon.

If Facebook shareholders have any idea on how to tackle this problems, or any other advice for the company, rest assured that Mark Zuckerberg doesn’t give a shit. Zuckerberg will still control a majority of the company’s shares following the IPO, even if he dies. Small wonder that Zuckerberg showed up for the company’s “roadshow“ — where executives promote the stock to analysts and large institutional investors — in his trademark “hoodie,” eschewing the formal dress usually required for companies who are asking for billions of dollars. An investor in Facebook will truly be buying into “a Mark Zuckerberg production,” as the founder notoriously named the original Facebook site at Harvard; indeed, before the company’s $1 billion purchase of Instagram last month, even the company’s board of directors was “told, not consulted” by the CEO. Instagram, by the way, has never created a single dollar in revenue.

In short, it would appear that only a fool would buy Facebook stock. But there is a catch, known popularly as “the greater fool theory.” Any idiot can profit off of Facebook shares, dot-com stocks, or US real estate for as long as there is a bigger idiot with a bigger wallet willing to buy those assets at a later time. Eventually, the biggest idiot winds up with $10,000 worth of Pets.com stock, or an $800,000 house on an unfinished Arizona golf course. But a lot of smaller idiots make a lot of decent money on the way up. There is too much hype around Facebook, too much potential in the company, and too great a story to sell for the stock to slip up early in its existence. Given that the IPO is already oversubscribed — meaning many more shares have been requested than are available — demand for the shares will most likely support the stock’s price for the near future.

If that demand doesn’t materialize, Wall Street will create it. Given the recent weakness in many IPO issues — Groupon and Zynga among them — the country’s big investment banks simply cannot afford another flop. The Facebook underwriting is led by Wall Street’s three remaining giants — JP Morgan Chase, Morgan Stanley, and Goldman Sachs.  The IPO business, though much smaller than in the high-flying dot-com days of the late 1990’s, remains a lucrative source of revenue for Wall Street, who often receives as much as seven percent of the total offering in fees. Facebook has negotiated its fees down — supposedly to just 1.1 percent — but that would still represent some $1 billion in fees for the syndicate underwriting the offering.

The larger issue with the Facebook IPO, beyond the fees, is that the Street simply must get it done, and done right. Secondary private equity markets — where Facebook traded as high as $41 per share — are growing, and now can provide some of the benefits — such as liquidity, price transparency, and access to capital — that were formerly the sole function of the public markets. Tech firms are already somewhat disdainful of Wall Street to begin with , preferring their no-frills focus on intelligence and efficiency to Wall Street’s big-money, big-mouthed, well-dressed system of doing business. Any missteps in what will be the most important tech IPO of the past seven years will have long-term consequences for the Street. As such, the pressure from — and on — the market for Facebook shares will be intense. To borrow a term near and dear to investment bankers’ hearts, the Facebook IPO appears “too big to fail.”

I’m not necessarily arguing that Facebook stock will be artificially and/or illegally propped up by the markets. But its success will be a focus of the firms that, for better and worse, run the financial markets. In the short-term, FB stock will most likely exceed its offering price. With a small amount of the stock available to retail investors, through E*Trade and perhaps others, investors with the opportunity to get a piece — however small — of the Facebook IPO should take advantage. Beyond that, the common advice is to let the market settle down in the first few weeks of trading; advice that I would probably recommend, particularly for inexperienced traders.

In the long run, there is a lot of uncertainty about Facebook’s valuation, much of which I described earlier in the article. As Allan Sloan wrote in the Washington Post, “This price is insane. And anyone buying this stock as a long-term investment…will lose money…This has nothing to do with [the] company: It’s nicely profitable; I love the product. It has to do with math and with limiting factors — fancy language for the old truism that no tree grows to the sky.”

Sloan, however, was writing not about the Facebook IPO; but the Google IPO, in 2004. Google went public at $85 per share, closed its first day above $100, and never again traded below that price. It closed Friday at $605.23, up 612 percent in less than eight years.

In fact, Google faced many of the same criticisms at its IPO that Facebook does today. It was too over-hyped; its business model was based solely on advertising; its management was young, defiant, and unschooled in the ways of public governance. But their stories are similar as well. Facebook, like Google, has the ability to dominate the Internet world. As social media becomes more and more expansive, and more users use the site more often, it may become the entry point to the broader Internet, much as Google is now. Facebook has only scratched the surface of what it can offer its customers. If it can succeed, its $35 share price may seem as much a bargain as Google’s $85 price does now. More importantly, the strength of that story — that investors see Facebook as potentially one of the world’s most dominant companies — will buoy the stock for a long time. Bear in mind that Amazon — over a decade after its IPO — still sells at 90 times its forward earnings (for the year ending January 2013). AMZN has been criticized repeatedly for being an overvalued, overhyped stock (including by this author); yet the stock trades four times higher than it did less than four years ago. Facebook can easily trade in the same manner. The fundamental numbers may seem obscenely over-hyped; but Facebook will not, in the short term, go the way of Zynga and Groupon. The story is too good, the potential rewards too great, and the machine behind the stock too powerful. I’m a numbers guy; the numbers tell me that Facebook stock is a sell. But the market is what matters; and the market is going to keep Facebook stock up for a long time.