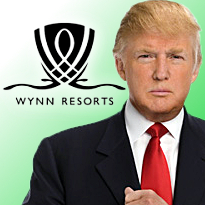 Wynn Resorts has withdrawn its bid to build a casino in the Foxborough area of Massachusetts, following the addition of two anti-gaming proponents to the local town council. Massachusetts passed legislation in November authorizing the construction of three casinos; one of which was allocated to the eastern portion of the state, in which Foxborough resides. Along with New England Patriots owner Robert Kraft, Wynn had proposed to build a casino complex in the shadow of Gillette Stadium. The plan met with opposition from local politicians, who feared congestion, crime and (presumably) locusts. The council vote effectively stacked the deck against the Wynn/Kraft bid, putting the other major eastern Massachusetts bidder – Caesars Entertainment’s Suffolk Downs project – squarely in the driver’s seat.

As Massachusetts comes on board, Donald Trump has gone public with his belief that proposals to construct casinos in New York won’t negatively impact gaming operations in neighboring Atlantic City. Trump, whose name still adorns a couple gaming venues along the Boardwalk, beat back a similar Empire State proposal 15 years ago, but time and circumstance appear to have mellowed his beliefs. Trump told the Daily News that “the playing field is a lot different” nowadays. Casinos are popping up “wherever you look … It’s happening all over … I’m not sure it’s a great thing for the country, (but) that’s something the country can worry about.” More specific to AC, Trump says its “giant casinos” will “do just fine.” Why is that, we hear you asking. Trump says its “because of their location to each other and the ocean nearby.” For the record, AC casinos have had exactly one month of increased revenues during the past three and a half years, and last time we checked, that ocean hadn’t gone anywhere.

Meanwhile, Las Vegas Sands bigwig Sheldon Adelson made a recent pitstop in Alcorcon, Spain, just outside Madrid. The region is competing with Barcelona to become the site of Adelson’s Euro-Vegas project, the latest cog in his grand scheme to replicate the Las Vegas Strip on multiple continents. Italian news agency ANSAmed claims Adelson’s visit was the subject of protests by ecologists concerned over the project’s environmental footprint. We’d advise the enviros to keep a sharp eye out for the cantankerous Adelson, lest he leave his own footprint on their backsides.