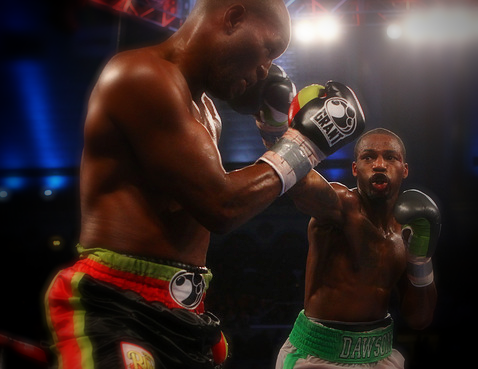 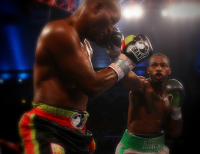 As someone who’s three years shy of hitting 50 years old, Bernard “The Executioner” Hopkins showed in his fight against “Bad” Chad Dawson that no matter his age, he’s still one of the pre-eminent fighters in the sport today.

Sure, he lost the fight on a split decision, ceding his WBA Light Heavyweight Title to “Bad” Chad, but if anything, Hopkins didn’t do those who thought he was over-the-hill any favors. The man, at 47 years old, is absolutely ageless. And even in defeat, he still gave Dawson plenty to work for.

At a prime 29 years old, Dawson (31-1, 17KOs) methodically went to work on the Executioner (52-6-2), absorbing as much as he could take and dishing out more punishment in return. In doing so, Chad may have finally given Hopkins thoughts on whether the latter’s proverbial fountain of youth had officially dried out.

Unlike the first fight between the two that ended in a controversial TKO-turned-no-contest, Dawson left little doubt that he was more than ready to supplant Hopkins as the king of the light heavyweight division.

It was far from a pretty fight for Dawson, who, despite being the challenger, was the favorite leading up to the fight, receiving 1/4 odds compared to the champion who came in as the underdog with 7/2 odds. Dawson had to contend with Hopkins’ cunning MBA in “ring generalship”. Dawson, though, was undaunted. He kept pressing the action against the champ, cranking it up in the later rounds when he knew that Hopkins, behind in the scorecards at that time, would try to stem the tide.

In the end, it wasn’t enough for Hopkins. Chad Dawson didn’t come close to knocking out the champion – no one ever has – but he did accomplish the mission he first set out to do in their first fight some six months back. He scaled Mt. Executioner, conquered it, and is now ready to face the biggest and baddest men the light heavyweight division has to offer.

And as far as Bernard Hopkins goes from here, there’s nothing left to prove, unless he wants to show everybody that he can still compete at a high level when he’s 50.

But for a man who many consider as one of the best boxers in the sport, we know that the Executioner has accomplishments that no other boxer in history can ever come close to replicating. The way he continues to be a force as a fighter at his age is beyond remarkable and something that we may never get to see in the sport of boxing ever again.

So if you’re a Hopkins fan and you were rooting for that 7/2 odds to cash in, don’t feel to bad about the losing bet. It was a long shot, anyway. Soak in the thought that  we may have seen the last of a great champion in the boxing ring.

Bernard Hopkins was never the flashiest fighter, nor was he the most vicious puncher.

But as boxers go, the man has no peer. And while congratulations go out to “Bad” Chad on his impressive performance, part of us are also applauding the ageless 47-year old fighter who, in defeat, still gave his 29-year old rival everything he could handle.