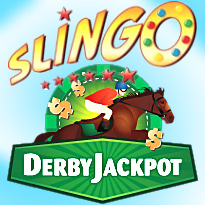 Social game developer Slingo is in talks with European operators to offer real-money online games in the UK by this summer. Slingo CEO Rich Roberts told eGamingReview the company was having talks with companies including GTECH and Playtech, but stressed that all agreements would be non-exclusive. Slingo games have already crossed over to US land-based casino floors and Slingo licensed its bingo/slot hybrid to Zynga in February. Roberts has already said he can’t wait until the US allows companies like his to offer real-money gambling to their players. “The opportunity in real-money gaming lies elsewhere in the long-term, unless Facebook itself gets regulated.”

Online horseracing wagering is already legal in the US, but one young startup company wants to add a social component to the mix. DerbyJackpot is still at the beta stage, but the three Hessert brothers who founded the company have high hopes for their self-described mix of “80% gambling and 20% horses.” The company claims to have received $1m in funding from a mysterious “billionaire investor.” The concept, as Tom Hessert revealed to Betabeat, is also a bit vague. Derbyjackpot acts as a broker, funneling its users’ wagers into the betting pools at 100 racetracks across the US. The “unique, gamified take on horse betting” incorporates live footage of the races and will connect with Facebook. A wider beta is planned for June and the company is currently advertising for a pair of developers with this winning perk: “Yes, you can gamble in the office. We encourage it.”