Home / Business / Investing The Hard Way: The Battle For Macau 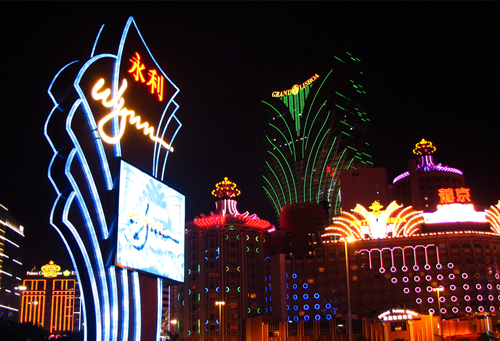 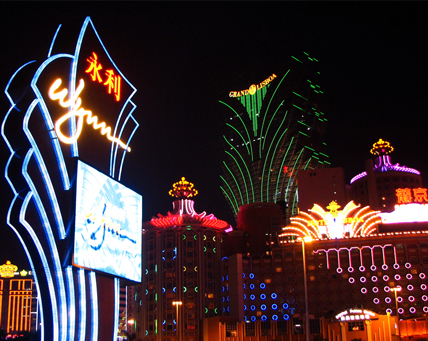 In my articles here at CalvinAyre.com, I’ve written extensively about Macau, and, in particular, the three US operators on the island: Wynn Resorts (WYNN), MGM Resorts International (MGM), and Las Vegas Sands (LVS), and their Hong Kong-listed subsidiaries. This is hardly surprising; Macau is increasingly becoming the center of the gambling industry. The former Portuguese colony generated 2011 gambling revenues that were five times that of Las Vegas, and grew another 27 percent in the first quarter. As I noted in last week’s first quarter review, the worst-performing of the six licensed casino operators (using the Chinese subsidiaries rather than their American owners) has seen its share price rise by 90% over the past two years, showing the boom in revenues, profits, and investor interest in Macau.

Despite writing on several occasions about Macau-facing stocks, I have largely neglected the three Asian operators: SJM Holdings (880.HK, and SJMHF on the US pink sheets); Melco Crown Entertainment (MPEL, and 6883.HK); and Galaxy Entertainment (27.HK, and GXYEY on the pink sheets). This is unsurprising as well; I live in the US, and we don’t give a shit about other countries coverage of foreign stocks is more difficult to find. However, focusing on only the three US-based operators would have caused investors to miss out on significant returns over the last two years. Galaxy stock is up nearly 500%, while Melco Crown and SJM have tripled. Wynn Macau has returned just under 100%, and Sands China about 2.5 times its April 2010 price; stellar returns, to be sure, but still lagging their Asian counterparts. (MGM China has, surprisingly, lost a small amount of ground since its Hong Kong offering in mid-2011.)

The Asian operators have not only seen their stocks outperform those of the Yankee invaders; but their business continues to outpace Wynn, Sands, and MGM. SJM Holdings – founded by Macau magnate Stanley Ho – leads the pack with a 27% share of the Macau gambling market, with Galaxy next at 20 percent. Melco Crown struggles to just 14 percent of the market; but the three firms combined still control 61 percent of market share.

With this week’s opening of the Sands Cotai Central, market share figures may stay roughly fixed for the next couple of years. Sands is likely to grow its market share from 17 percent with the new property; Melco Crown may also benefit from additional visits to its City of Dreams thanks to its new neighbor on the Cotai Strip. But it appears unlikely that any new properties will be built before 2014 at the earliest, and competition from new licensees on the island seems even less likely.

As such, going forward, it is all about valuation and execution for the three Asian operators on Macau. For SJM, the question is whether the company can keep its market share lead. Market share has eroded steadily over the past year, down from 32.6% in early 2011, according to Bloomberg. With the extravagant Sands Cotai now on-line, the question in the market seems to be: has SJM lost its leading edge?

Right now, the market appears to think that it has. The succession issues involving former chairman Stanley Ho last year first shook investor confidence in the stock. The legal drama surrounding the family did not help ease fears that Ho, a man so well-connected worldwide that the FBI sought to turn him into an informant, would leave behind a far less capable successor. Indeed, at its current price of HK$16.32, SJM trades at just 17 times 2011 earnings, lower than all its competitors save for laggard MGM.

The low valuation seems unusual for a market leader; but clearly investors don’t believe SJM can stay on top for long. Its decline in market share over the last twelve months – some five and a half percent – is substantial enough that SJM revenues, theoretically, should show little or no growth in 2012. Analysts are expecting revenue growth of between 3 and 18 percent, according to Reuters; yet with the overall gambling market expected to grow at about 20 percent, and ancillary sales still miniscule (hotel and catering sales totaled less than 1% of total revenue for SJM in 2011), even double-digit revenue growth seems optimistic. As our own Jamie Hinks noted this week, SJM actually saw March revenues decline 2.2 percent year-over-year, compared to 24% growth in the overall market. “That could be a sign of things to come for SJM,” Hinks wrote.

If it is, SJM stock could face serious problems. Given that Macau is a growth story, a low-growth stock is going to fall out of favor. From that standpoint, SJM’s low earnings multiple makes sense. And, without a near-term catalyst to reverse the market share decline, that low earnings multiple seems likely to stay. At first glance, SJM seems undervalued – but it most likely isn’t.

On the other side is Melco Crown Entertainment, a joint venture of Australia’s Crown Limited and Lawrence Ho, son of SJM’s Stanley Ho. As noted, Melco’s market share is just fourteen percent; but its City of Dreams property occupies a prime spot on the Cotai Strip. With this week’s opening of Sands Cotai – and a corresponding jump in LVS stock to a four-year high – Cotai is the new area of investor focus on the island, and Melco Crown may benefit. Already, analysts at Goldman Sachs have upgraded the stock, forecasting a “spill over effect” as the new Sands project attracts tourists to the Strip. Goldman raised its targets on the Hong Kong-listed shares to HK$44.40, a 21% premium to its current price of HK$36.70. MPEL is already up 48% year-to-date, and as stocks like Las Vegas Sands (LVS) have shown of late, Wall Street loves high-momentum stocks in the gambling sector. In the short term, continuing optimism about Cotai looks likely to boost MPEL’s stock price; in the long term, if the company can take advantage of the opportunity to strengthen its market share, the 20-30% annual revenue gains will pay off for investors. Trading at 21 times earnings, MPEL is still a bit pricy. But the stock should enjoy a tailwind for a good while longer.

The final Asian operator on Macau is Galaxy Entertainment. As noted, Galaxy has been the best performer of any of the Macau licensees, up nearly 500% over the last two years and over 60% year-to-date. Not coincidentally, the stock is also one of the priciest, trading at 26 times 2011 earnings, on par with red-hot Sands China.

Galaxy’s recent success is a bit of a surprise; its full-year 2011 earnings came in below estimates, and its failure to authorize a year-end dividend disappointed investors. (As a point of comparison, SJM authorized two dividends totaling HK$0.65 at year’s end, offering a 4% yield to its shareholders.) And yet, the stock continued to climb, rising another 23% since those earnings were announced.

Galaxy looks like a strong bet; in addition to legacy operations on the Macau Peninsula, it not only has a well-received property on the Cotai Strip (the Galaxy Macau) but, as it noted in its annual report, also “Macau’s largest contiguous landbank with an integrated resort permit.” The Galaxy Macau – which, in just seven and a half months of operations, helped Galaxy more than double its revenues and triple its earnings per share – is projected to quadruple in size. 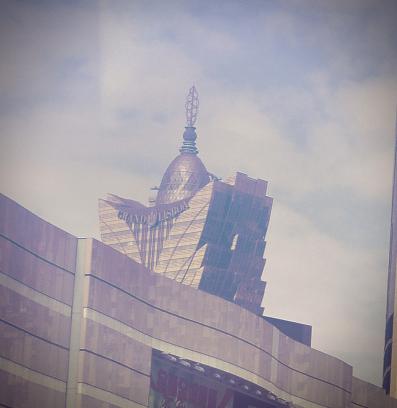 Galaxy also appears to be one of the leaders in the growing “mass market” segment. The traditional VIP player – brought in by so-called “junkets” to play in outsourced gaming parlors – has driven nearly all of Macau’s recent growth. Now, higher-margin, lower-revenue mass market players are the casino’s newest target audience. As Nomura Securities (16) noted in March, mass market revenue growth is outpacing VIP growth; the firm selected Galaxy, Melco Crown, and Sands as potential beneficiaries of that trend. In that month, Galaxy grew its mass market revenue 300%, thanks to the opening of the Cotai property, showing its exposure to the fast-growing and profitable mass market customer.

In short, it looks like all good news for Galaxy; which, combined with high earnings multiple and the 500% rise since 2009, seems somewhat scary for contrarian-minded investors. A stock can’t go up forever, can it?

But it doesn’t appear that the bull run is over yet. With the dual operations of Galaxy Macau and the legacy StarWorld property, Galaxy may make a run at SJM’s lead in market share. With investor momentum firmly behind the stock – even through somewhat disappointing earnings reports – and the possibility of becoming the market leader, there is still plenty of upside for Galaxy stock. Yes, the valuation is high, competition fierce, and economic worries still present. But those issues have been around for years, and Galaxy has easily outperformed all of its rivals. With further growth in the market and the possibility of increased market share, Galaxy’s top- and bottom-line growth should still be able to support its above-average valuation.