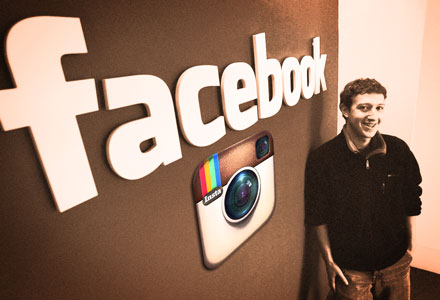 For $1 billion, you can pretty much buy anything you want in this world. In the case of Facebook, that “anything” was Instagram, the popular photo-sharing smartphone app that the former just bought for an eye-popping $1 billion in cash and stock options. That’s 9 zero’s, in case you’re counting.Despite being just a little over a year old – the app was only launched last October 2010 – Instagram has become the most popular free photo-sharing application on the Apple App Store, boasting more than 30 million users uploading around 5 million photos every day.

Further indication of Instagram’s immense popularity was cemented after the app officially became available to Android smartphones last week, earning over 1 million new users every day since it made its Market debut.

The whole set-up of Instagram lets users take photos with their smartphones and gives them the opportunity to edit these photos using a wide variety of filters – 17 in total – to give the photos a different look and feel to them before they’re uploaded and posted on social networks like Facebook.

According to Facebook founder and resident whiz kid Mark Zuckerberg, the purchase of Instagram opens up a whole new world of possibilities for the two brands.

In his Facebook page, Zuckerberg wrote: “We think the fact that Instagram is connected to other services beyond Facebook is an important part of the experience.”

The Facebook-Instagram deal also highlights the growing speed and exponential growth of popular social networking apps like Instagram. Just last week, Burbn Inc., the company that owned Instagram, raised around $60 million from a number of investors, boosting up its value to $500 million.

In a move that was deemed as a pre-emptive strike against potential rival bidders, Facebook went ahead and “showed the money” to Instagram, quickly agreeing to a deal to buy the latter for $1 billion, which when you consider Instagram’s 13 employees, counts as paying around $77 million per head, making it arguably one of the biggest business transactions in history.

Two years ago, nobody had any clue what Instagram was. A few days ago, the company was a brand and was sold for $1 billion.

Maybe there really is something to do this social networking phenomenon after all.