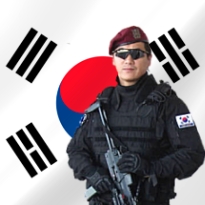 The National Addictions Management Service (NAMS) at Singapore’s Institute of Mental Health has launched an online interactive self-help workbook to help gamblers deal with potential issues pertaining to gambling addiction. NAMS psychologist Lawrence Tan, who helped develop the workbook, told Today Online that the aim was to marry the accessibility and flexibility of the internet with “the non-threatening concept of a self-guided intervention.”

Both of Singapore’s resort casinos have self-exclusion lists on which gamblers – or, in extreme cases, their family members – can ask to have their names inscribed. The National Council on Problem Gambling claims over 42k gamblers have opted for self-exclusion, while 900 more were under family exclusion orders and over 28k were under third-party exclusion orders for gambling while receiving public assistance funds or undergoing bankruptcy proceedings.

But you don’t need to have a gambling problem to get oneself barred from entering a gambling joint, unless your problem is just that you don’t enjoy losing. Kangwon Land, the one Korean casino open to locals, is closed on Monday — the first such event in the casino’s 12-year history – to allow further investigation of a baccarat cheating scandal. A week ago, police raided the facility following reports that two employees had conspired with a third party to install a hidden micro-camera in a card box at one of the joint’s baccarat tables. Now it’s been revealed that the authorities only discovered the cheaters after two other gamblers attempted to blackmail casino management with their own unrelated claims of casino chicanery.

As reported by Asia One, the two local gamblers claimed to have lost more than 5b won ($4.4m) at Kangwon Land’s tables, although police believe their actual losses to be significantly smaller. Regardless, pissed off by their piss poor gambling skillz, the two gamblers concocted a plot to get a refund. They convinced a casino employee to install a micro camera in one of the casino’s card boxes, after which the gamblers (claiming to be shocked – shocked!) presented the box to casino management as evidence that the gamblers’ losses had been the result of the casino trying to cheat them. The gamblers even secretly videotaped their meeting with management as a backup plan in case the managers declined to immediately write them a check.

But management turned the issue over to police, who quickly deduced something wasn’t right and eventually coaxed the truth out of the conspirators. Police believe as many as six other gamblers may have played a role in the plot. It was during a post-brouhaha inspection of the rest of the casino’s card boxes that the other scam’s micro-camera was found, leading to the arrest of the two casino employees. The third party is now believed to be a Vietnamese national, and police are seeking Interpol’s help in extraditing him to Korea to face the music.