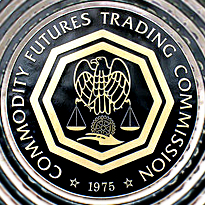 On Monday, the US Commodity Futures Trading Commission (CFTC) rejected a proposal to offer derivatives trading on American political events. The political futures market was the brainchild of the North American Derivatives Exchange (NADEX), a Chicago-based trading platform that proposed equating politicians with pork bellies in December. The CFTC subjected the proposal to a 90-day review, but ultimately decided such a market was not in the public interest. CFTC member Bart Chilton described the concept as “a very slippery slope” and that Americans needed “to be super careful about handing part of our electoral process over to the trading pits.” Some things are best left to the professionals.

NADEX general counsel Timothy G. McDermott admitted the company was “disappointed,” especially since NADEX maintains that its products meet all the CFTC requirements for trading on a regulated exchange. NADEX offered five main contracts, including whether Obama would be re-elected or which party would control the House or Senate. With a minimum buy-in of $100 and a maximum payout of $250k, the exchange figured on a largely ‘mom and pop’ customer base. McDermott said the firm would “look at the potential costs and benefits of challenging the decision.”

In the meantime, there’s always Intrade. The Dublin-based exchange has been serving the needs of election bettors for years. It also boasts a growing crop of election watchers, including members of the media who routinely cite Intrade’s numbers as more accurate than standard polls. Speaking of, Florida Sen. Marco Rubio was Intrade’s top pick to get the vice-presidential nod if/when Mitt Romney finally seals the deal at what will be the least enthusiastic Republican National Convention ever. But Rubio said Wednesday that he was “not going to be the vice president.”

In second place after Rubio, Intrade had New Jersey Gov. Chris Christie. When the idea was first floated, Christie rejected it outright but has since amended that stance. In February, Christie told Face The Nation that if Romney approached him, “I’d listen because I love my party enough and I love my country enough to listen.” (Translation: “See, Mitt? I can flip-flop too!”) If Christie did get the nomination, how would that mega distraction affect New Jersey’s online gambling plans? If Christie’s flying back and forth across the country every day, kissing hands, shaking babies, figuring out new ways to work the names Obama and Marx into an applause line, will state Sen. Lesniak be able to pin him down long enough to sign an online gambling bill into law?