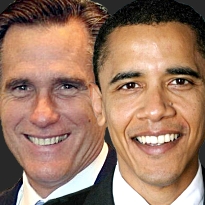 The US Commodity Futures Trading Commission (CFTC) has neither approved nor rejected the concept of creating a futures market for betting on presidential elections, opting instead to place the idea under a 90-day review. The application to create such a market was made in late December by the Chicago-based North American Derivatives Exchange (NADEX). The CFTC’s response may not have been an outright rejection of the proposal, but CFTC Commissioner Bart Chilton claimed to have “serious concerns that the legal hurdles can’t be overcome. While some folks might see betting on elections as fun, I’m not sure it is the stuff for serious risk management markets that help facilitate the economic engine of our democracy.”

Is Chilton being overly cautious, or is he just trying to avoid spoiling the drama of hanging on pins and needles come election night? After all, Dublin-based exchange Intrade successfully identified the winner of every single state in the 2004 presidential election, and correctly picked all but two states in 2008. Mitt Romney may have only managed an eight-vote squeaker victory in the Republican party’s Iowa caucuses Tuesday night, but Intrade’s users have already tapped Romney to win the GOP pissing match to become Barack Obama’s opponent this fall. According to Intrade, Romney has an 80% chance of winning the nomination, with the next closest rival (Newt Gingrich) garnering a mere 5%.

Intrade aren’t the only Irish outfit handling wagers on US elections. Paddy Power has decided to refund the bets of those who backed Rick “don’t Google me” Santorum, the candidate/frothy mix of lube and fecal matter who came up eight votes short on Tuesday night. On Wednesday, a Paddy spokesperson said the margin of Romney’s victory – the smallest ever in a GOP primary fight – was “just too small and we’ve decided to refund the money” wagered on Santorum. The move will cost Paddy about $6k. Doubtful that winners on an exchange would have been as magnanimous. All hail the bookmaker!