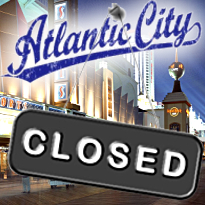 Atlantic City’s new $2.4b Revel casino is set for a ‘soft launch’ on April 2. Among Revel’s offerings will be a new server-based slot machine system from International Game Technology which allows casino bosses to change game themes, minimum bets and payouts at the press of a button. (Previously, this was a manual process that could take 20-30 minutes per machine.) The technology will allow Revel to tailor their slots to appeal to whatever demographic happens to be on the gaming floor at any given moment, i.e. penny-ante Wheel of Fortune games during the day while senior citizens are still conscious, then, as the sun sets and seniors are replaced by younger, more adventurous bettors, games with edgier themes and higher limits appear.

Like the Revel itself, the technology will have its own soft launch, initially available only on about 100 of the casino’s 2,400 machines. But New Jersey Division of Gaming Enforcement director Eric Weiss told the Press of Atlantic City that 20% of the Revel’s machines would feature the technology by the end of the joint’s first year of operation. Already the Borgata Hotel Casino & Spa is contemplating following the Revel’s lead. Neighboring Pennsylvania, which has siphoned off much of AC’s business over the past couple years, has yet to finalize regulations that would permit the technology in its gaming establishments. If the technology proves a hit, AC hopes to be able to lure back some of that lost business.

AC is also hoping new gaming options, such as sports betting and online gambling, will successfully make the transition from dream to reality. Online gambling legislation stalled in the New Jersey legislature last week, but state Sen. Ray Lesniak isn’t backing off his prediction that the state will have a workable system up and running by September. Lesniak told PokerNews: “We’re going to have to work harder and faster to get the regulations and licenses issued, that’s all. We’ll still have it done by September.” Lesniak may be confident, but he’s concerned enough to issue this warning to The Record’s John Brennan: “If we don’t get sports betting and Internet gaming, two to four casinos in Atlantic City will close within two years. It’s a dying industry, and we can help them.” Translation: AC’s casinos are The Terminator’s Sarah Connor, and Lesniak and other forward looking pols are John Connor. Come with me if you want to live.