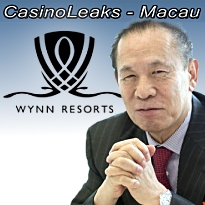 Just when you thought the Wynn Resorts v. Kazuo Okada feud had died down, someone (aka Steve Wynn) tosses more fuel onto the fire. On Wednesday, Wynn Resorts filed papers with the US Securities and Exchange Commission confirming it would hold a special shareholder vote on whether to oust Okada from its board of directors. No date has yet been scheduled for the vote, which would require a two-thirds majority to succeed. Okada was removed from the board of Wynn Macau last month following allegations that he’d lavished $110k worth of inappropriate hospitality and gifts on Asian gaming regulators, chief among them executives of the Philippine Amusement and Gaming Corporation (Pagcor).

On the same day, Macau’s Gaming Inspection and Coordination Bureau announced it was launching an investigation into the feud between the two casino execs. In a response to questions from Bloomberg, the Macau regulator said it had “started the procedures of an investigation on the case,” but the Macau Secrecy Act precluded it from disclosing any more detail. “A final decision and appreciation on the subject would be taken as soon as the investigation is secure about all the relevant information and documentation according to Macau laws and regulations.”

Also on the same day, the mysterious forces behind the new CasinoLeaks-Macau.com website issued a press release calling for Nevada gaming regulators to investigate the “suitability” of Macau VIP room operators the Neptune Group. The site claims their request was accompanied by “600 pages of supporting documents” (viewable here) that call into question the propriety of the relationship between the junket operator and the Nevada-based casino outfits doing business in Macau. Among these documents is info on “alleged triad leader Cheung Chi Tai and his associates detailing their deep and continuing relationship with Neptune.” Cheung has previously been linked to Las Vegas Sands’ Macau operations.

CasinoLeaks-Macau is run by Jeff Fiedler, director of special projects and initiatives for the International Union of Operating Engineers (IUOE), a Washington-based group representing “1,000 casino stationary engineer members in Nevada.” Fiedler also holds membership in the US-China Economic and Security Review Commission (USCC), a federal body that reports to Congress on “security implications of trade and economic ties” between the two countries. However, Fiedler claims CasinoLeaks-Macau is entirely the IUOE’s baby.

Queried by Gambling Compliance as to what interest IUOE’s US-based membership had in the inner workings of Macau, Fiedler claimed his members wanted to believe “that their bosses are honest and not involved in anything untoward … [the] job security of our members is predicated on completely law-abiding bosses.” Fiedler pointed out that Nevada regulators require their licensees to enforce gaming standards at home and abroad, but Fiedler characterized the Macau regulatory system as “completely without rigor.”

Since its debut one month ago, CasinoLeaks-Macau has published lists of all the junket operators’ owners and directors (roughly 700 names) as well as detailed reports on specific figures, such as reputed triad member “Broken Tooth” Koi (jailed in 1999 but scheduled for release this year). The site alleges that members of Koi’s gang are still actively involved with Macau casinos, including those operated by the Stanley Ho-founded Sociedade de Jogos de Macau (SJM), and even draws lines between gang members and members of the Macau Legislative Assembly. Fiedler’s site may have based its name on Julian Assange’s infamous WikiLeaks, but Fiedler claims all his info (so far) has been gleaned from publicly available documents. That said, “if somebody wants to offer us some information, we’ll take it.” (Memo to Kazuo Okada: if you’ve got anything particularly juicy about Steve Wynn’s dealings in Macau you’d care to share…)

Fiedler’s muckraking has already garnered one notable scalp. Prior to the launch of CasinoLeaks-Macau, Fielder ran another site targeting Pansy Ho, who in 2010 was deemed ‘unsuitable’ by New Jersey gaming regulators. That designation caused MGM Resorts to abandon the Atlantic City market in order to preserve their vastly more lucrative MGM China joint venture with Ho. So, theoretically, if Fiedler’s latest site forces Nevada casino licensees to choose between their US and Asian properties, some of his union members might end up looking for work. Is there a BrainCramps-Washington.com site in Fiedler’s future?