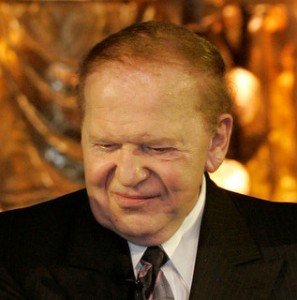 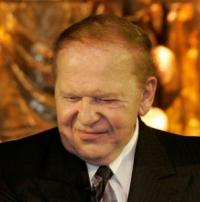 Sheldon Adelson, the chairman of Las Vegas Sands Corp. has been in Spain eyeing up a new bit of land close to Barcelona’s airport. And why? He wants it for his new mega Europa Vegas project, apparently.

According to The Guardian, the land is being offered to the gaming mogul for his proposed project which could cost around €17 billion, despite environmental concerns.

Meanwhile, Madrid’s regional Prime Minister, Esperanza Aguirre, has also met Mr Adelson five times, the report claims, as the two competitive Spanish cities contend to be picked to host the project. Ms Aguirre was quoted as saying in a report by Macau Business: “We should change whatever norms have to be changed, we have to encourage this, though there are some demands that can be accepted and others that cannot.”

With Adelson‘s project expecting to create 260,000 new jobs for whichever city manages to secure it, the competing of both regions is really down to hopes that it will also have the financial success that Mr Adelson’s properties have had in Singapore and Macau.

In other Sands news over in China, Sands China Ltd announced the success of its two-day recruitment fair which was held earlier in the week, offering over 500 jobs with more than 2,000 people turning up.

Antonio Ramirez, senior vice president of human resources at the Venetian Macau, said: “Of the 20,000-plus team members we currently employ, more than 16,000 team members are local hires – that represents 80 percent of our employees, despite the severe competitiveness of the market in Macau.”

More than 900 local employees have already been promoted by the company in the first two months of this year, Sands China added.