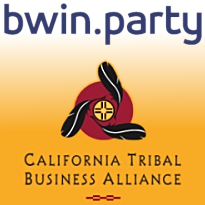 Lost in the focus on its declining profits, Sportingbet will on March 31 make the final installment on the $33m settlement it worked out with the US Department of Justice in 2010. Perhaps that will help expedite the ‘advanced contractual discussions” Sportingbet claims to be conducting with an unnamed party on a possible US-facing online poker joint venture.

Bwin.party co-CEO Jim Ryan already has a US online poker JV inked, but he too is rubbishing chances of a US regulated online poker launch happening at any level in 2012. Ryan told PokerNews that a 2013 launch was a “realistic perspective,” and while Ryan’s preferences are for that launch to happen at the federal rather than state level, he claims that “either are good.” Ryan’s timeline mirrors that of Boyd Gaming CEO Keith Smart, while bwin.party’s other US JV partner, MGM Resorts’ Jim Murren, is still holding out hope for federal action in 2012. Looking at the individual states, Ryan taps California’s 38m residents as a “pretty compelling market.”

California recently introduced a new online poker bill, but the old problems among the state’s competing gaming interests don’t appear to have changed much. The California Tribal Business Alliance (CTBA) released a statement raising the alarm over possible violations of tribal sovereignty “which would have a profound impact on revenues generated to the State under current gaming compacts.” The statement contained such phrases as “another broken promise,” “a harsh slap in the face” and “another instance where lack of meaningful consultation with Tribes has led to an inferior legislative product … We have urged the legislature to exercise greater due diligence and consult with all of the interested stakeholders to develop a new consensus bill. This bill isn’t it.” And here we go again…

In Iowa, the state’s online poker bill may be making good progress in various Democratic-controlled Senate committees, but discouraging words are already being heard in the Republican-controlled House. Rep. Dan Huseman penned a recent Chronicle Times op-ed that previewed the welcome the bill can expect if/when it reaches the House. “I do not believe it would pass. But if it did, it would not have my support.”

In Mississippi, Dem. Rep. Bobby Moak has voiced the curious argument that the intrastate online poker bill he recently introduced was designed in part to put the spur to federal legislators’ hides. Moak told GamblingCompliance that he felt it was high time Congress passed “one piece of legislation rather than allow a patchwork of regulations.” Moak says his bill was chiefly intended to empower the state’s gaming commission so the feds would feel confident in delegating to the state responsibility for regulating online gambling by Mississippi residents. Regardless of his intentions, observers are doubtful any gambling legislation will get pass the state’s Republican-controlled House and Senate.

Finally, no roundup of US online poker news would be complete without a mention of Caesars Entertainment, the company that appears to have the most to lose by the ongoing inertia on the regulatory front. Caesars may have reported modest revenue growth in its latest earnings reports, but the company still ended up $220.6m in the red in Q4 2011, due almost entirely to higher interest expenses on its crippling $20b (and rising) debt load. (Earnings for 2011: $1.94b. Interest paid in 2011: $2.12b.) Caesars’ shares hit a high of $17.90 on the day of its IPO a few weeks back, but closed out the month at $11.32. Where will they be by 2013?