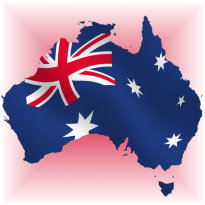 Fresh off upping his stake in rival Echo Entertainment, James Packer’s Crown Ltd. is contemplating construction of a $1b 350-room hotel/casino in Sydney’s Barangaroo district. Echo currently operates Sydney’s only casino, The Star, and there’s legislation in place limiting Sydney to a single casino until 2019. However, if Packer’s rumored intention to gain control of Echo comes to fruition, the second casino could be pursued as an extension of The Star’s license. Sources told the Herald Sun that the new casino would contain no ‘pokies’ and less gaming tables than the Star, but would be pitched at a deep-pocketed Asian VIP market. New South Wales premier Barry O’Farrell is all for Crown’s “exciting proposal which could add extra life to Barangaroo [plus] generate jobs and boost tourism.” O’Farrell will meet with Crown execs later this week to learn more about the proposal.

Business Day reported that online gambling operator Betezy’s license was to be the subject of a Northern Territory Licensing Commission hearing on Tuesday. At issue was whether Betezy had underpaid four Australian Football League and three National Rugby League clubs for the right to operate ‘white label’ betting sites on the clubs’ behalf. NRL squad Newcastle Knights was the first to file suit against Betezy in November, claiming to be short $200k in fees and profit-sharing from the Betezy-run Knightsbet website.

Aristocrat Leisure turned in its full-year report card on Tuesday, reporting a $66m profit boosted by what the pokies manufacturer dubbed a revitalized product offering “targeting the most profitable segments” in key markets. Revenues were up 3.6% to $762.7m, despite the natural disasters in Japan virtually erasing Aristocrat’s earnings in that market. Local revenues rose 27% to $175m, while earnings were up 174%. Aristocrat’s US operations gained market share, but earnings fell due to the turnover of its old installed base. Despite dealing with a strong Australian dollar that blunted the impact of 2011’s earnings, Aristocrat expects operational performance in 2012 to be “well ahead” of 2011.

Melbourne police are hoping to stay well ahead of a gang of pokies bandits that has committed 33 armed robberies of pokie palaces over the past eight months. A $50k reward has been offered for info that leads to arrests of the gang, who have threatened gaming club staff and customers with sawed-off shotguns, pistols and machetes (!) during the commission of their crimes. Four men were arrested in November but police believe the core of the gang is still out there, plotting its next heist. If not caught by this time next year, perhaps Aristocrat can cite their activities as justification for any downward revenue figures.