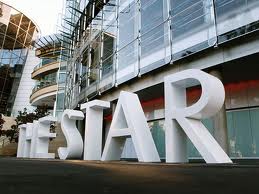 After the recent dismissal of its managing director Sid Vaikunta on 2 February, The Star Casino in Sydney, Australia has found a few skeletons in its closet, recent reports reveal.

Just weeks after a review into the renewal of The Star’s licence – the chairman of the Casino, Liquor and Gaming Control Authority, Chris Sidoti, has announced it will launch an inquiry to investigate claims of sexual harassment against Vaikunta during his time at his previous post.

The investigation was prompted by the casino authority due to Mr Vaikunta’s sacking by the casino’s chief executive, Larry Mullin, so soon after the licence review was completed on December 2. News of Mr Vaikunta’s sacking had also led a number of sources to give information to the authority about aspects of the management and operations at The Star.

”We have questions that we want answers to and we have information that warrants further inquiry,” Mr Sidoti said, urged anyone with information to come forward.

A report by The Sunday Morning Herald states the inquiry will have royal commission powers to compel witnesses to appear under oath and will be conducted by Gail Furness, SC, who carried out the licence review. She has been asked to report by April 5 and public submissions will be invited until March 8.

The owner of The Star casino owned by Echo Entertainment Group, said it welcomed the new inquiry, saying in a statement to the stock exchange: ”Mr Vaikunta’s employment was ended after his behaviour in a social setting and Echo is confident the company dealt with this matter appropriately.”

In a memo yesterday, Mullin urged casino staff to disregard ”recent speculation and rumour in the media”.