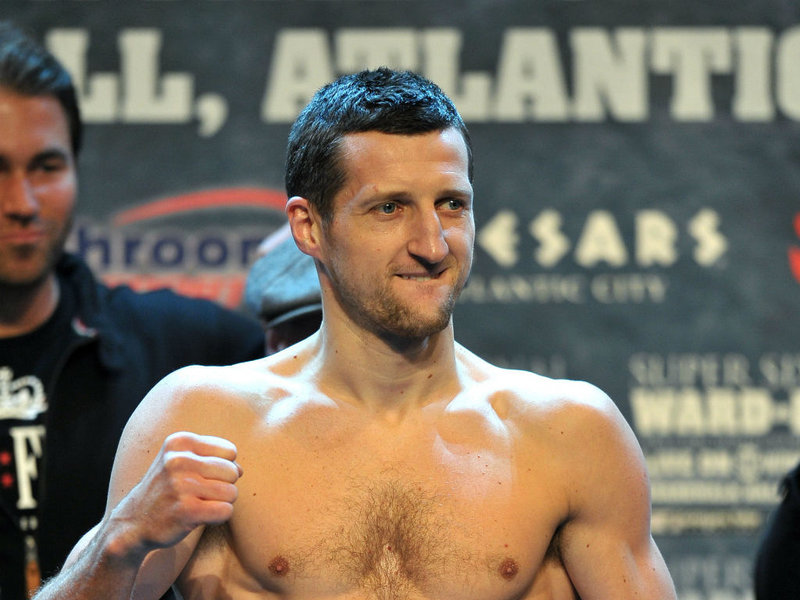 British boxing has had a bad case of putting its foot where it shouldn’t over the past weekend with three of the sports leading performers making the headlines for all the wrong reasons. Before we move onto the fall out from the melee in Munich there is a case far closer to all of us in the gaming industry related to 34-year-old Carl Froch.

In an interview with the BBC, the Nottingham-born fighter succumbed to a case of foot-in-mouth syndrome. In a 2005 fight against Ruben Groenewald he spared the fighter from a knockout for one round to benefit his “brothers and friends.” Froch added: “I’ve done it on more than one occasion. But that’s not ­illegal. I can say, ‘right, I will stop this kid in round five’. If I am good enough to do that then fair enough. I don’t gamble but my brothers and my friends, they did quite well off it.”

Froch has since admitted that it was a “throwaway comment,” but it hasn’t stopped Robert Smith, secretary of the British Boxing Board of Control (BBBoC) confirming an inquiry will take place into the comments. Froch has since admitted that boxers make predictions all the time and his brother “has not done very well out of my career, gambling-wise.”

The sport’s other misdemeanor this past weekend involved British heavyweight’s Dereck Chisora and David Haye dragging the sport through the dirt. Chisora had already slapped opponent Vitali Klitschko round the face before spitting in brother Wladimir’s face prior to a unanimous points loss to the older brother. Then in the press conference it turned ugly with Haye and Chisora fighting like a couple of females outside a nightclub in Romford on a Saturday night. The result was Chisora threatening to kill Haye and the latter making a run all the way back to England.

Since then the police have been involved and both sides have seemingly confirmed this was no “PR stunt.” These two events combined with Mayweather-Pacquiao still not able to agree to a fight goes to show why the popularity of mixed-martial arts is at an all-time high and UFC continues to go from strength to strength.