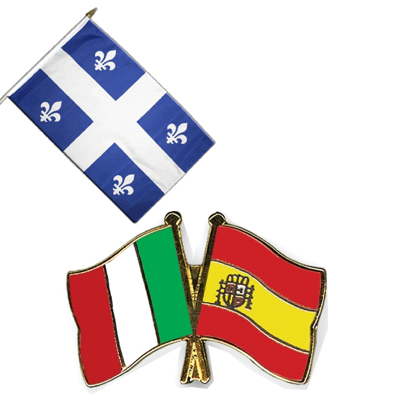 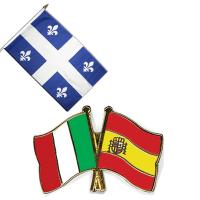 Games developer CryptoLogic has agreed a multi-year supply deal with Loto-Quebec’s online gaming industry arm. Société du jeu virtuel du Québec (SJVQ) will receive a minimum of 14 games with the first one already live on the firm’s site. OpenBet’s fixed odds platform will distribute the games and it’s a part of the business that is now central to Loto-Quebec’s plans. If it hadn’t been for the $4million SJVQ contributed to their earnings in the last quarter the firm would have been in an even worse off position. As long as the online keeps going strong then Loto-Quebec branded poutine won’t need to find its way onto a street corner near you any time soon.

Live dealer firm Evolution Gaming has released a new localized version of its popular blackjack table into the regulated Italian market. The Venturo table is the firm’s second offering and features native dealers in the hope that it copies the experience of a land-based venue. Evolution became the first firm to be approved for live casino gaming by Italian regulator AAMS back in May and provides services to a range of customers including 888.it and Microgame. Venturo is on offer to all its clients in the hope it will increase their share in the recently regulated territory.

Spanish gambling industry revenues could mushroom to €800m in two years time when advertising laws are relaxed. JDigital, the country’s online gaming industry association, told La Vanguardia that 2011 revenues rose to €370m with that number likely to treble if advertising appears in new locations. Gambling and casino turnover accounted for €145m with sports taking in €125m and poker over €100m. Around 15 companies currently operate in Spain with 600,000 customers opening accounts – an increase of 60% on 2010. By 2014 it’s expected that revenue will hit €800m after rising to approximately €500m this year. It’s not noted whether the delays in regulation will have any bearing on the figures as the market won’t start issuing licences until as far away as June – a very, very late Christmas.