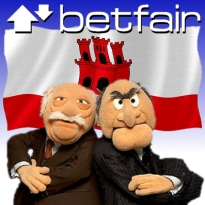 As the UK ponders regulatory changes that would require all online gambling operators serving UK customers to hold a UK Gambling Commission license, Gibraltar’s Chief Minister Fabian Picardo and Minister for Gaming and Financial Services Gibert Licudi paid a recent visit the UK to express their concerns over the effect these changes might have on their home territory. The two men met with MPs from both parties, including Minister for Tourism & Heritage John Penrose, who oversees the gambling brief, and Labour leader Ed Milliband, who earlier this month issued a public tirade against ‘tax havens’.

The Gibraltar charm offensive followed rather terse comments made by Gibraltar Gambling Commission’s Philip Brear at a UK parliamentary select committee hearing on the proposed changes. Gibraltar was one of the chief beneficiaries of the flight of UK online gambling operators seeking to avoid the 15% tax imposed by the 2005 Gambling Act. (Gibraltar-licensed companies accounted for 24% of the names on the recent Gaming Intelligence Hot 50 list.) The uncertainty surrounding the UK’s regulatory plans – and the accompanying tax implications – caused analysts at Oriel to express concern over the stocks of three Gibraltar-licensed companies on Tuesday. Oriel downgraded Ladbrokes and William Hill from “hold” to “reduce” and downgraded Betfair from “buy” to “hold.”

Much of the UK government’s desire to bring betting companies back into the fold stems from the extremely vocal horse racing sector, which blames the ever-decreasing annual Levy contribution on betting outfits relocating to jurisdictions such as Gibraltar. Betfair’s chief legal and regulatory officer Martin Cruddace recently defended his company’s Gibraltar move in an interview with Owner & Breeder editor Edward Rosenthal. Cruddace noted that, unlike other operators who left the UK, Betfair had continued making its Levy contribution, and thus “racing has not lost out” from Betfair’s new address. Furthermore, Cruddace believes racing and the British Horseracing Authority (BHA) are mistaken if they think the proposed regulatory changes will be a “silver bullet” that solves racing’s woes. For one thing, regulation that would require companies to make payments to a specific sport would amount to state aid, which Cruddace believes would be “open to substantial legal challenge.”

Cruddace also suggested racing needs to come to terms with the “commercial reality” that it’s no longer bettors’ first choice. British racing accounts for around 30% of Betfair’s business, down from 70% in 2004, and 50% of new customers place their first bet on football; the comparable figure for racing would ‘be lucky if it’s 20%.” Cruddace says bookmakers are increasingly using promotional activity on horseracing as a loss-leader; special offers are designed to lure people in, then they’re cross-sold on other, more profitable sports. If the Levy were to increase, racing “might see a short-term spike, but it would lead to a long-term decline.”

Cruddace addressed the company’s long list of woes since going public in 2010. Cruddace admitted that the “IPO process made us take our eye off the ball. It took an enormous amount of management time, time that should have been focused on the company.” But Cruddace believes the worst is now behind them, as demonstrated by the company’s recent favorable financial results. Finally, Cruddace couldn’t resist getting in a dig at Betfair’s courtroom opposition at William Hill and the BHA. Cruddace says that the decision by Hills and the BHA to take legal action against Betfair over levy payments meant that BHA boss Paul Roy and Hills’ honcho Ralph Topping “have shown themselves to be the Statler and Waldorf of British horseracing.” In case you were born after 1985, these are the guys Cruddace is talking about… But which is Roy and which is Topping?

UK bookmakers agree to give the horseracing industry a boost
Erik Gibbs
10 November 2020
.