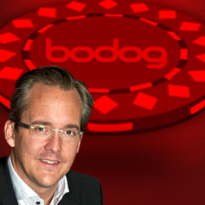 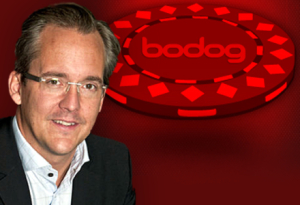 Bodog Network VP Jonas Ödman has been making the rounds of late, talking up his company’s ongoing efforts to nurture the online poker ecosystem. On Friday, Ödman chatted with QuadJacks.com host Marco Valerio, who asked Ödman to explain the Network’s philosophy regarding the recreational poker model and why the Network had made it ‘mission critical’ to ensure a positive online poker experience for casual players. (Listen to Ödman’s entire interview here, or, if you don’t have the 40-min. to listen to the whole thing, check out his recent Q&A with Inside Poker Business here.)

Ödman’s philosophy is simple: there are only three ways money moves around the online poker ecosystem. Money flows in via player deposits and flows out via player withdrawals or through the poker company’s rake. While many winning players generate a lot of rake through their constant play, they may literally go years without making a new deposit into the system. It’s the net depositors – players who deposit more money than they withdraw – that provide the oxygen necessary for the ecosystem to thrive. From that perspective, it’s in everyone’s interest to make sure these net depositing players have the most positive playing experience possible.

The most controversial aspect of the Bodog Network’s efforts to preserve this positive playing experience was the institution of anonymous tables. In recent years, the use of automated tools and hand history databases to exploit players’ weaknesses has become commonplace among winning players. Casual players — most of whom are unaware these digital tools even exist – have found the playing field tilted even more sharply against them. They lose quicker than ever, leaving them with the impression that online poker (a) really isn’t all that much fun, or (b) really is rigged.

The Bodog Network’s negation of these automated tools has enhanced casual players’ experience, but it also pissed off a lot of winning players, who now find it harder to dominate their casual competition. Ödman thinks the winning players’ anger is shortsighted, because although reading one’s opposition has undoubtedly become more difficult, the long-term effect will be a healthier poker ecosystem, i.e. more opposition to read. Ödman rejects claims that the Bodog Network is on some kind of crusade against winning players, as Ödman himself is a winning player, and has been since his high school days (and he certainly doesn’t hate himself).

Ödman admits that the implementation of the Bodog Network’s changes did produce a drop in overall player numbers, but the drop was lower than he expected. Better still, the improved playing environment is attracting more of the casual players the Network hoped to attract. Ödman believes that other poker networks will eventually come around to his way of thinking, and he’s not the only one who believes change is necessary to ensure online poker’s survival. As Kim Lund (@InfiniteEdgeKim) recently tweeted: “When playing online poker is apparently either about winning money OR about having fun, poker’s future is neither winning nor fun.”