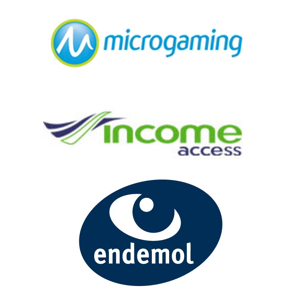 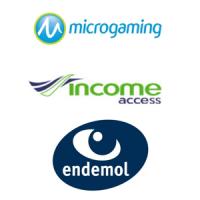 Microgaming’s Poker Network has announced the chairman of its vaunted Network Management Board (NMB). Dominic Harrison, former CEO of the Gala Coral Group, takes on the role immediately after a year serving as interim chief executive for Business in Sport and Leisure. The board is a collective of all operators on their network in the hope that it’ll foster more developments and tailor operating rules. Speaking of his appointment, Harrison said: “When I was first approached by Microgaming about being the independent, non-executive Chairman for their Network Management Board, I knew it was a project that I had to be involved in. I strongly believe that the NMB is exactly what this industry needs, and I am very much looking forward to being an integral part of its success.”

Gaming developer Endemol Games have released a new version of one of their most popular games. Deal or No Deal: The Money Ladder launches on the Virtue Fusion platform and it means that Paddy Power, Sky Bingo, Mecca Bingo, Deal or No Deal Bingo and other sites on the Crown sub-network are now able to offer the game.

Affiliate management specialists Income Access signed up its first fantasy football brand with the addition of Matchball. The weekly fantasy football game gives players the chance to win money off their opponents and now presents affiliates with the opportunity to make money off referrals. Promoting the Matchball brand gives a 40% revenue share for the first four months of signing up between January and July 2012. The firm’s tiered commission structure gives affiliates competitive levels of compensation with 25% sharing for revenues below €2000 per month, 30% between €2001 and €5000 and 35% for anything above that.

New progressives and branded slots, the return of legendary characters and more set for Microgaming in 2020
Press Releases
12 February 2020
.