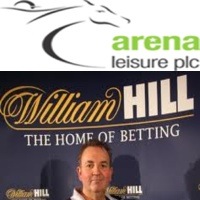 Embattled racecourse owners Arena Leisure has finally been sold in a deal the board hopes will breathe new life into the company’s courses. The transaction sees Reuben Brothers’ Aldersgate investment arm take the remaining 70% of the business they didn’t currently hold. It comes after the deadline was extended just last week until early February and in all likelihood it seemed as if the deal would drag out even further. Shareholders will receive 44.25p for every share they hold and chief executive of the firm Mark Elliott said: “I and the other Arena directors consider, for the reasons set out in today’s announcement, that this represents a fair and reasonable opportunity to realise value for Arena shares that is not currently available in the market.”

Veteran bookmaker William Hill has signed up to become betting partner for this year’s McCoy’s Premier League Darts. The deal follows a similar one that the firm had with the PDC to cover the Grand Slam of Darts last year and will span all of the tournament’s 15 weeks and give fans the chance to bet at each venue. Chief marketing officer at Hills, Kristof Fahy, added: “We’re proud to become the official betting partners of the McCoy’s Premier League. Darts is one of the fastest growing sports in the world, and we’re really excited to be associated with this fifteen night sporting extravaganza.”

“We think Phil Taylor’s early exit in the World Championships can be put down to a bad night at the office. He’s still the man to beat in our book and it would be a brave man backing against ‘The Power’ landing his sixth Premier league crown.”