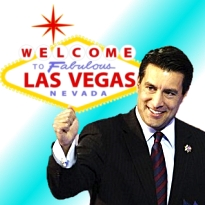 The two chairs of the state’s Gaming Control Board and Gaming Commission were automatically given seats on the committee. The two legislative representatives will be Sen. Valerie Wiener and Assemblyman William Horne (who prepared the PokerStars-sponsored AB 258 legislation before Black Friday), while tribal interests will be monitored by Reno-Sparks Indian Colony Chairman Arlan Melendez. Since one of Sandoval’s stated aims for resurrecting the dormant Committee was to meet the challenges of “this brave new digital world,” Smith and Murren’s appointments are cause for celebration at bwin.party HQ, as the interests of the Pwin/MGM/Boyd online poker joint venture will presumably not go under-promoted.

The additional revenue stream online poker would provide can conceivably not come soon enough for MGM Resorts International, which just announced it would issue $500m of unsecured debt via a private offering. MGM was already carrying $13.45b in long-term debt as of Sept. 30, so this would push their red ink to the $14b mark. The Las Vegas Review-Journal reports that MGM plans to use the half-billion to pay down older debt. Isn’t this the kind of thing that credit counselors usually advise against, as in using one credit card to pay off another? Honestly, public companies get away with murder…

Finally, Cantor Gaming’s bid to take over operations of the sportsbook at the Palms in Las Vegas has been given a unanimous thumbs-up from the Nevada Gaming Control Board. The Nevada Gaming Commission will consider the GCB’s decision at its own hearing on Jan. 26.